Home / Greece / A Test of Citizenship

Is Greece under foreign occupation whereas violence is the only available option for protest? Or, is it that there’s so much democracy and freedom of expression that anything is permissible? What do those Greeks want? I’ve been asked this question repeatedly these days and I don’t have a good answer. I still think that the majority of Greeks deplore such violence, but why does so much violence take place is something that needs to be researched and explained.

This, of course, presupposes that people want to dig deep, ask hard questions, and face the unpleasant facts. One of the questions I’d ask would be, why there are so many youngsters having clashes with the police? Not only during a football game—when the excitement of the moment may lead immature people to do stupid things—but when there’s a deliberate, organized attempt to destroy and inflict harm. Where are the parents of the underage boys that skirmish with the police? What was this 15 year old boy doing when he was shot dead by the police? I’d like an answer. I don’t condone unnecessary violence but I do recognize the right to self defense.

It’s so disheartening when a senseless death occurs. Yet, unless we understand the causes and are willing to take the necessary actions, nothing will change. We must stop shifting the blame to others. Change begins on a personal level and at home. Good parenting is necessary as a starter. Society—it’s all of us—has certain responsibilities in creating the conditions for a decent civic life. And, if we want to have a better government we have to start by being better citizens! This is a very important question and a good starting point.

Shifting blame and responsibility may be a matter of convenience, but it is also a sign of immaturity. Children do that. Some adults do too. After all, it’s easier. Folk culture is full of scapegoats, oppressing enemies, and deceiving devils. Is the Greek government, the Greek state and its security apparatus obstacles to good citizenship? In other words, even if they are the worst of the worst, does this absolve Greek citizens of any civic duty? I don’t think so. I’d like to see a serious discussion on what it is to be a good citizen and, why not, a patriot.

What makes thousands of Greeks take to the streets yelling, “the state is the biggest terrorist”? Does the state represent the people? If not, why not? What makes certain countries more peaceful and less corrupt? Seriously, what is that they have that’s lacking in Greece?

Obviously the state is powerful but as we’ve seen in Greece it doesn’t have the monopoly of violence. Hundreds of shops were destroyed just in one day by angry people. It was not the first time nor the last. For good measure, many schools were set on fire too! Why do these people think that by destroying private and public property and possibly harming other human beings is an acceptable means of action?

The intent is not to improve society, not to elevate the social discourse, not to make life nicer, but to destroy, create chaos, and harm others. This isn’t something desirable in a civilized society—especially one that claims to be the heirs of a great ancient civilization.

In a show of hyperbole, empty rhetoric, and pushing of the emotional buttons, all sides to this story have been avoiding reason and measured responses. Why did the prime minister assume right away that the police was to blame for the death of the 15 year old before any investigation or even the hard facts were known? Why no one seems to accept that a group of teenagers can be deadly? Why do underage boys skirmish with the police? Where are their parents?

If we mourn this death but don’t want to understand the causes and the root of the problem, we will see more of the same. This is not becoming of a good people who aspire to greatness by being enlightened citizens in a democracy of their own making.

President Pavlopoulos sends a message of unity from Evia 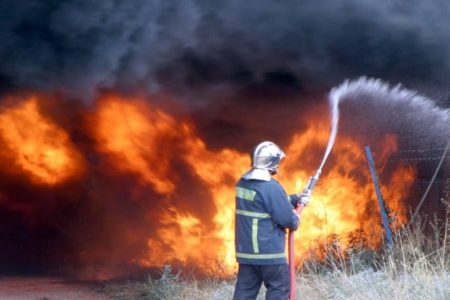 ND will not vote extension of contingency mechanism,