There are many things that offend me. High on my list is obligatory superstition and ignorance forced upon us, as well as violations of human rights & fundamental freedoms! On the other hand, I admit, I do like the occasional blasphemy routine (who doesn’t?), because it has a liberating effect on me. That’s right, it feels good to have the right to free expression! Even though, many things offend me, I support the conditions that ultimately make me happy. Such conditions allow others who disagree with my views and life style to pursue their own self-defined bliss. I can deal with offensive expressions by maintaining my personal choices and taste.

Boycotting, choosing not to, or ignoring something is not the same as legally banning it. I prefer not to be offended, but if it happens, I shouldn’t have the legal right to remain non-offended. This is easy to understand why: there’s isn’t anything under the sun that can’t be offensive to someone somewhere.

Morality, in its most basic application, is how we treat others in a civil society where a plurality exists. The conditions that support civil rights & constitutional liberal democracy are the most suited for enlightened, progressive human beings. A personal definition of fulfillment & purpose is appropriate for every thinking, mature individual. Free expression is in the core of such definition.

If you are a confident person you probably don’t think that ideas (or expressions) are toxic, because you can handle them. Correct? Bad taste, stupidity, purposeful ignorance, prejudice, etc, can all be dismissed by the rational and confident mind. You probably worry that it is your fellow citizens who aren’t equipped to handle such expression, and therefore you want to protect them by banning offensive material. Right?

Wrong! People have to grow up and deal with life and the real world—even if this means being offended here and there. Keeping people insulated in a web of mind control is not good. It results in ignorance, extremism, lack of confidence to deal with a crisis, and, obviously, authoritarian practices by small elites—benevolent dictators. We are better than that.

Besides, who is the best judge of what’s offensive to me? Should I say, I don’t want to be offended…? Should I elevate this claim to a legal right? What do you think?

When I was young, I saw the American flag being burnt in protest by veterans of the Vietnam war. I was offended and didn’t see a difference between the material flag and what it represents. Just as I was offended when my religion was being attacked as a myth. Yes, once I believed that Zeus, Santa Claus, Superman, and the Tooth Fairy were all real. I grew up since.

Today, I’m offended mainly by actions that attempt to limit the conditions of freedom—including banning free speech. Being challenged on my core beliefs back then resulted in re-examining those long-held beliefs. I’m better for it. This has been another liberating experience for me.

I hear that many in the Greek Orthodox Church (priests and laymen) are disturbed by a parade float at the Patras Carnival, and they want it banned because it pokes fun (read: defamatory) at those responsible for the Vatopedi corruption scandal. I think it is necessary to criticize, offend, and, yes, have fun at those who tell us they know better & more than the rest of us. The ancient Greeks knew this practice very well; not even their gods were safe from the playwriters. I support the right of everyone who wants to satirize the leaders I vote for; same for my religious beliefs.

I do support blasphemy, or, to be precise, the right of. I support it because I want to offend those who don’t want free-thinkers around. And, I want to fight for liberty, including the liberty of those who oppose free expression; though I oppose their plans to gag the rest of us into submission. Once you open the door to limiting expression— because someone (or an organized religion) might be offended [and they do]—then could we, for example, offer satirical views on the corrupt money deals by the Church?

By now you’ve probably heard about the UN General Assembly’s resolution to ban “defamatory” speech against Islam and religion in general. If this is not a defamation of liberty & free expression I don’t know what it is! It’s not just the Islamic countries that are pushing this, mind you. They have many Christian sympathizers, because most of the Church hierarchy does not care to defend free thought & expression; it wants more religion! I bet many western Churches dream longingly of the European theocracies of the past! The Archbishop of Canterbury, for example, favors Sharia law in the Muslim communities in Britain!!! Sharia law in a constitutional liberal democracy??!! Well, that’s really offensive!

Germany shares a big slice of the blame here. It’s illegal in that country to deny the Jewish holocaust—an offense that can land you 3 years in jail. Obviously, only ignorant persons or Nazi-sympathizers deny the holocaust, but those bigots should have a right to their own propaganda and indoctrination, even if they’re 100% wrong and offensive to the rest of us. As others have the right to make up and believe in their own myths, like winged horses, virgin births, walking through walls, warlords from outer space, and the earth resting on a giant tortoise.

After all, there are many types of deniers out there, like those who deny the notion that Zeus is the God of all gods. I suppose this is fine, because only a handful of people follow the ancient Hellenic religion today, right? There are others, though, who make extraordinary claims without offering any proof while their claims could not stand against rudimentary logic. What’s really crazy it’s the view that irrational & superstitious beliefs deserve an absolute protection from blasphemy. I’d say, it is precisely those beliefs that we must offend, and offend with impunity!

PS>The Universal Declaration of Human Rights, which has been signed by most UN members, should be re-read by those who seek to limit free expression. From the UDHR:

Article 19. • Everyone has the right to freedom of opinion and expression; this right includes freedom to hold opinions without interference and to seek, receive and impart information and ideas through any media and regardless of frontiers. 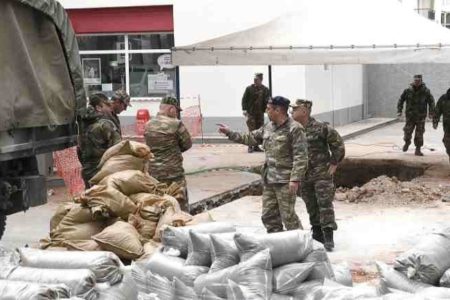 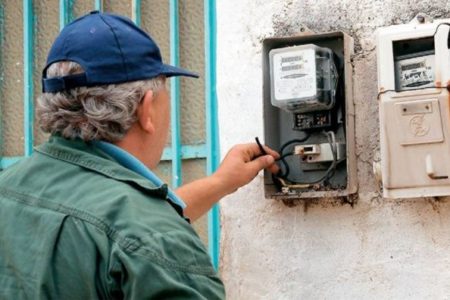 Greece’s dark age: How austerity turned off the lights