If you really want to believe something because it makes you feel good and reaffirms your views be my guest. But, I do find it odd that so many people still believe in miracles—and not only those events that we can’t explain but also those who can be easily explained. Take for instance the Holy Light. This miracle occurs every year at the tomb of Jesus during the week of Pascha.

This annual and very dependable miracle shows that God prefers the Greek Orthodox since he gives the Holy Light to them only. The Greek state charters a special flight to bring and distribute the flame in Greece and to the Patriarchate while the Holy Light is given honors like a head of state. Why not? If that’s what the people want what’s the problem? Despite the other political divisions Greeks have, most agree that such treatment, effort, and expense is appropriate. Even the Greek terrorists who allegedly use “blind violence” have never touched anything remotely connected to the Church.

I’ve been studying the human condition for a while now as I’m trying to understand why so many people choose to believe anything in the absence of evidence and reason. Challenges aren’t always welcomed. Yet, challenging we must. It’s a necessary condition for progress. “I just know, and I don’t need anything more than my faith,” is often the response. Obviously, such a statement is a conversation stopper.

Claims without evidence or claims that cannot be tested can also be dismissed without evidence. I don’t have to disprove that the Holy Light is not what the Church claims it to be. [Although, I bet, this can easily be done if the Church allowed a scientific investigation into this matter.] If faith is the standard, then—as the presence of thousands of religions attests—anyone can claim anything.

The philosopher John Stuart Mill said that the views of one person that contradicts the majority’s views must be heard, because if he’s right, the whole society benefits. If he’s wrong, then the prevailing view becomes stronger after surviving another challenge. Of course, in order to entertain even the possibility of heresy someone must be confident enough and have the intellectual skills to handle such “toxic” ideas. Otherwise, the conservative nature takes over and repels everything that falls outside a very narrow frame of mind.

Why should we care whether the Church or any socio-political organization wants to perpetuate superstition, magical happenings, and an unscientific approach? Well, it matters! Societies collectively make decisions about the direction of the country, the priorities for social policy, the expectations and obligations of its citizens, and their decisions take into account the prevailing “wisdom.”

I’m sure most people would agree that rise of education levels—and I mean learning beyond acquiring technical skills—benefits the whole society. Reasonable people tend to make better decisions. They tend to be more confident adults, and when a crisis occurs they’re less likely to defer judgment or surrender their responsibility. In a way, they need fewer heroes and miracles as they experience fewer moments of desperation.

Curiosity and inquiry are good, but, do you really want to know? Do you really want to follow the evidence no matter where it leads? Or, do you prefer something that makes you feel good? For example, the spontaneous combustion of a candle can occur by dipping the wick into a solution of phosphorus, then why should anyone accept the claim that the laws of the universe are suspended in order for this to happen supernaturally? Fall back into faith and then all is possible, and I dare say, all is permissible.

There is hope though. Most believers seem to shop at the supermarket of religious convenience. They pick and choose to suit their modern lives. Actually, most believers don’t even know what’s in the Holy Book; the Church doesn’t mention the passages/divine instructions that would offend the sensitivities of a moral person today. Thank goodness we don’t stone people to death nowadays for violating God’s commandments, even though that’s exactly what he demands we do to the offenders. That’s a rational approach and a rather civilized one in my opinion.

We have a long way to go. Symbolism and a set of beliefs don’t have to be of a miraculous origin. The flag of a nation doesn’t have a supernatural origin; the ideals of humanism aren’t obtained by revelation. Yet, both can attract allegiance and respect. It’s time that humanity obtains its own resurrection by tearing the shrouds of ignorance and superstition.

And, remember, simply because something has been the norm, repeated for centuries, being taught in schools, society demands it, etc, doesn’t mean we can’t question it or discuss its merits. But discussion has to have a common currency: reason.

An argument in defense of blasphemy 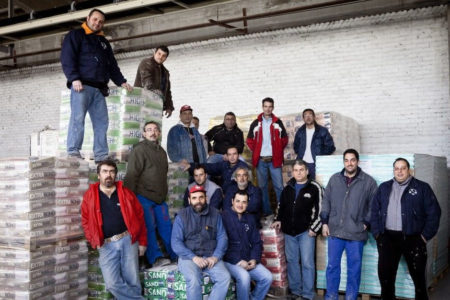 How could we cope if capitalism failed? Ask 26 Greek factory workers