Over the past 15 years or so, Balkan -Southeastern European- states compete or collaborate towards the establishment of a peripheral gas hub system in the region that will enchase EU’s energy security architecture.

Terms such as South Stream, Turkish stream, Eastring, Tesla pipeline and so on have produced numerous headlines and various political and diplomatic brinkmanship. Nonetheless only one project is being on the verge of implementation that of the Trans-Adriatic Pipeline (TAP), in fact an offshoot of the largest Trans-Anatolian Pipeline (TANAP) which itself a linkage of the Shah Deniz gas reserve in Azerbaijan.

This system of pipelines is collectively known as the “Southern Corridor” and the final aim is to create a set of spurs such as the Ionian-Adriatic Pipeline (IAP) for the Western Balkans, as well as, to design an system bind with the interconnections to be established between Bulgaria, Serbia, Romania, Greece and even further with Hungary.

Taking out of the current discourse the financial or technical viability in terms of “real” diversification in terms of supply for this 50 bln Euros project, several geopolitical perils have to be taken into account since they will pre-occupy policy makers in the coming years. All of those relate to the use of Turkey as the axis and major transit route. In simple terms, the perils that Turkey is facing are actually the first and foremost issue concerning the viability of not for any project and in particular TANAP-TAP-IAP.

-First of all there is an ongoing war in Turkey’s eastern territories between the Kurdish guerillas and the regular army plus paramilitary structures. Already there have been over the years numerous attacks by the revels against energy infrastructure and local pipelines. In fact there has been an attack almost monthly over the past 6 months and further threats by the Kurds to blow up any project of significance. At the same time the various Jihadist factions that operate in the region, most notable the Islamic State presents a threat to be taken into account in terms of pipeline security.

– Turkey’s political internal posture is characterized by a one-man-show that of its current President who is de facto dictator. Nevertheless, there is no replacement or any other autocratic or charismatic figure to fill the gap once he leaves office, whilst the country is polarized more and more by the actions of the Presidency and the AKP governing party. Subsequently that will eventually lead to political turmoil, having an unknown effect in terms of energy security as well.

– Thirdly, already Ankara is using obvious blackmail tactics against the rest of Europe such as the immigration/refugee issue. Furthermore it has been noteworthy that Turkey has aligned strategically itself over the past 10 years with the so-called “Green capital” from the Middle East and has acquired an autonomous role which leads it in direct or indirect confrontation with Russia, Israel, USA and Germany. That means that a country having a vital transit role for the flow of gas to the EU costumers could also be tempted to use energy as a blackmail tool in the future. In fact that will have as an effect, instead of “diversification” of the energy sphere in Europe, a further hampering of Brussels attempts towards that aim and a new political headache that will be extremely hard to be resolved.

-It is also important to note that the source of gas (Azerbaijan) passes via a critical geopolitical zone nearby of the Armenian-Azeri borders were the Nargono Karabach conflict recently erupted, raising fears of a total war. In case the bad scenario materializes the whole of Caucasus will literally blow up and Turkey is estimated it will engage as well. In that sense the whole of the Southern Corridor will cease to be functional for years to come.

Thus the question remains and that is how to materialize a gas hub in the Balkans without having to rely on Turkey. The answer is Fourfold: Greece-Bulgaria & LNG-Black Sea pipeline. Both Bulgaria and Greece are EU-NATO countries, dependent on the Western diplomatic-financial structures structures, with modern infrastructure and low-level political issues to contest with. Moreover Greece being battered by the debt crisis will be in a better position to achieve economic growth and pay of its creditors if it could take part in a gas hub on the region.

Thus a new design whereby a Black Sea pipeline will deliver gas to Bulgaria that will be then mixed with LNG internationally sourced in Greece and then transferred via former Yugoslav states to Austrian hub (one branch) and to Italy (second “Poseidon” branch) could serve as a model.

Very importantly such design will also satisfy the opposition of Poland-Baltic states to the completion of the Nord Stream 2 pipeline, since a new branch from the Balkan gas hub will render a new Nord Stream not usable. Of course Turkey’s exclusion will risk for that country to become either aggressive to its Balkan neighbors or totally instable vis-a-vis its relation with NATO. Nonetheless its rift with Moscow and with its neighboring countries (Syria, Iraq, Egypt and Israel) in fact nullifies the capacity of Ankara to exercise such a bargaining position. Furthermore it passes a strong message to the rest of the world’s countries aiming to be energy transit points that blackmailing and political manipulation won’t serve them good.

It should be stated that TANAP-TAP project would also be a part of this scheme in order to secure Azeri flows, thus in effect Turkey would not be completely isolated, just unable to exercise pressure in the rest of the EU as it is able to conduct nowadays. Otherwise, the inability of Ukraine to be a long-term stable energy corridor will facilitate the establishment of the Nord stream 2 pipeline-despite opposition nowadays- and will complicate Northern EU states relationships, whilst it will also lay the basis for further Turkish pressure in EU’s southeastern European member states.

Contrary to what is being continuously beamed by many of the world’s media the US-Russian brinkmanship is not shaped entirely by realities at hand but by various ethnic centered lobbies-especially in Washington- that tend in various occasions to shape their own agenda in expense of the agenda of the country itself.

Thus it is hard to see what are the benefits for US from the instability in Ukraine and the enlargement of the Turkish energy transit role?

The question of course could be easily answered by informed readers themselves. In overall energy corridors passing via small-stable countries that already belong to an established alliance (i.e. EU-NATO) are far more preferred rather than via war zones or aspiring & unstable regional powers. 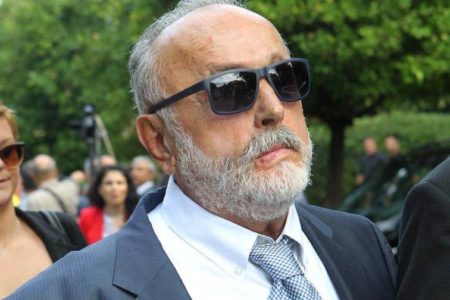