The European Union will soon let Ukrainians and Georgians visit the bloc without needing a visa after diplomats and lawmakers struck a deal on Thursday to end an internal EU dispute that had been holding up the promised measures.

Agreement on a mechanism for suspending such visa waivers in emergencies ends mounting embarrassment for some EU leaders who felt the bloc was reneging on pledges to ex-Soviet states it has promised to help as they try to move out from Moscow’s shadow.

European Council President warned on Wednesday that the EU was risking its credibility by failing to reward Georgia and Ukraine for painful reforms. Ukrainian President Petro Poroshenko hailed “encouraging news from Brussels”.

The prospect of easier travel to Western Europe has been used by governments in Kiev and Tbilisi to win popular backing for painful, EU-sponsored reforms. But EU leaders got cold feet about opening doors to 45 million Ukrainians after the public backlash which followed last year’s refugee crisis in Europe.

“Europe is delivering,” the conservative leader in the EU legislature, Manfred Weber, tweeted after the deal. Georgia, with only 5 million citizens, has long been seen as ready for visa liberalization but has seen its hopes held hostage by EU hesitation over Ukraine, which is bigger, closer and currently stuck in conflict with Russia.

A similar plan to ease travel for Turkey’s 75 million mainly Muslim population as part of a deal whereby Ankara has helped the EU shut out Syrians and other people seeking asylum has added to political sensitivities in Brussels about the issue.

Ankara’s failure to fulfil all the EU conditions, and now anger in Europe at Turkey’s crackdown on opponents following a coup attempt in July, have effectively frozen progress on that.

Slovak Interior Minister Robert Kalinak, who has chaired negotiations for EU member state governments, said: “The fact that we have reached an agreement should open the door to further progress on visa liberalization talks with other countries that meet all the necessary requirements.”

The bloc has said any new visa waivers can only come into force after the EU beefed up an emergency brake to suspend any free-travel deals in emergencies. But talks on exactly how that “snap-back” mechanism would work have dragged on for months.

It will now allow the executive European Commission or a majority of EU states to suspend swiftly a country’s visa exemption for nine months if there is a sharp rise in its citizens overstaying their permitted time in the EU, making multiple asylum requests or other problems for the Europeans. The EU would be able to extend the suspension period for a further 18 months in some cases, but through a more complex procedure that would also give a say to the European Parliament. 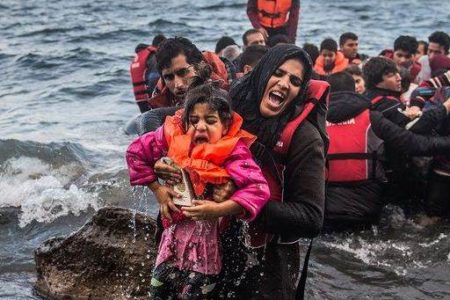