The Transport and Infrastructure Ministry will postpone the completion of works in Macedonia airport of Thessaloniki in order to avoid any safety problems as well as to safeguard the smooth operation of the airport during the summer season despite the fact that the project “was within the agreed schedule.” The ministry took this decision following Fraport’s request and lengthy negotiations. According to the ministry’s announcement, the works in Macedonia airport that were supposed to start in January are postponed to October 2017. The works will be completed in March-April 2018 in order to safeguard the support and smooth tourist traffic for 2017 and 2018. Transport Minister Christos Spirtzis reached this decision to safeguard the safe operation of the airport as well as the interests of the Greek state and responding to the requests and concerns of northern Greek agencies, those involved in the tourism sector and at the same time supporting the efforts of the tourist world of Thessaloniki and northern Greece. 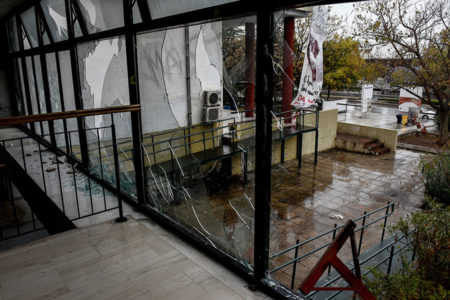