DIDYMOTEICHO, GREECE — This time of year, the Evros River runs broad and icy, its banks muddy and remote. It’s a formidable sight for migrants reaching Turkey’s land border with Greece, but not formidable enough to stop people who have already come so far in their bid to make it to a new life in Europe.

“It was horribly cold,” said Kevin Mohamadi, 37, an Iranian who said he crossed the river after paying smugglers. “We were a group of 16, including Afghan families with four children each, and crossed in two boatloads. Then we had to walk through forests for four hours, to avoid being caught.”

A year after the uncontrolled influx of more than 1 million refugees and economic migrants to debt-hobbled Greece, this border region is again seeing rising flows of migrants. It’s largely because of a legal loophole: restrictions imposed in March to curb new arrivals by sea in the Greek islands don’t apply to the land border.

That means that anyone entering here is far ahead of island arrivals in the queue for refugee relocation to other European countries, and those who do not qualify for asylum could be spared deportation that they would otherwise face under the deal between the European Union and Turkey.

Also, despite the river crossing, the discomfort and danger pales when compared with the sea journey to the islands.

“The refugees usually cross in boats,” said Panagiotis Ageladarakis, mayor of the border village of Amorio, about 1.5 kilometers (just under a mile) from the river. “At its widest the river is about 150 meters across, but there are narrower points, and Turks ferry them over. … Then they walk to our villages. It’s a regular sight.”

The Greek government has asked Frontex, the European Union’s border agency, to guard Greece’s northern borders in a request filed in September.

Figures on arrivals here are far from complete. The only statistics released are of people who are caught with the smugglers they pay to ferry them over the Evros, which runs along most of the 180-kilometer (110-mile) border. There is no information on migrants who make it across without the help of smugglers, nor for those who are smuggled successfully across and taken further into Greece or elsewhere in Europe.

But even the few numbers that do exist show a rapid upward trend. About 655 people, largely Syrians, were arrested with 33 smugglers in October, double the figure for September.

A police official also told The Associated Press that Greek authorities are deterring about 4,000 people a month from coming over by driving patrol cars to the Greek side of the river when they see a group of migrants about to cross, or calling Turkish officials to pick them up. That’s nearly three times the number seen in an average summer month, even though the crossing is much easier then because low water levels make it possible to wade across the river.

Migrants seeking to be included in EU plans to relocate them to other European Union countries often immediately hand themselves over to police and start their asylum application process. Ageladarakis said they usually arrive early in the mornings.

“They come here to the coffee shop and ask us to call the police,” he said.

Others, though, aim to go much further. Police say they pay smuggling gangs 2,000-2,200 euros ($2,100-$2,300) each to be taken over the river and then driven in small trucks or cars to the northern city of Thessaloniki, or the capital, Athens, 1,000 kilometers (600 miles) to the southwest. Once there, they can apply for relocation, or pay to be spirited through the sealed Balkan borders, or for a forged passport and a plane ticket to anywhere in Europe.

People who cross on their own seek temporary shelter. Their transit is marked in a disused farm warehouse close to the railway station in the town of Didymoteicho, where flaking brick walls are blackened by fires lit to cheat sub-zero temperatures, and discarded clothing, soiled diapers, worn-out shoes and toothbrushes litter the floor.

Paschalis Syritoudis, police chief in the nearby town of Orestiada, said people from Syria, Iraq, Eritrea, Somalia or Myanmar are automatically treated as refugees, and Syrians and Iraqis get documents that allow them to join the lengthy relocation process.

“All other migrants are arrested and detained … and if they don’t request asylum the deportation procedure starts.”

But maximum detention is six months, after which if the migrants haven’t been deported — and countries such as Pakistan routinely block deportation requests — they are freed.

The figures for people passing through here are still low compared with those using the island route. Around 170,000 people have used that so far this year, but the vast majority before the Aegean island restrictions kicked in.

Under the March EU-Turkey deal, which, combined with Balkan border closures, slowed the migratory influx to a trickle, migrants arriving on the islands must be deported back to Turkey, even if they are bona fide refugees. To stay in Greece, they must prove not only that they merit asylum, but that there is a good reason for their not being granted asylum in Turkey.

Conditions for those who made it to the island camps before March are dismal because of severe overcrowding, delays in the asylum process and tension among ethnic groups or with Greeks, often reliant on tourism and angry at their islands being turned into open prisons.

“It’s true that migratory pressure since August has been higher than in the same months last year,” police chief Syritoudis said. “But there is no indication that the overall flow is turning toward the Evros area.” 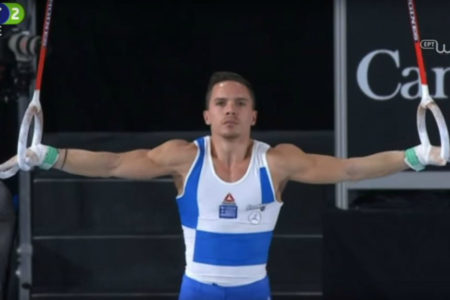 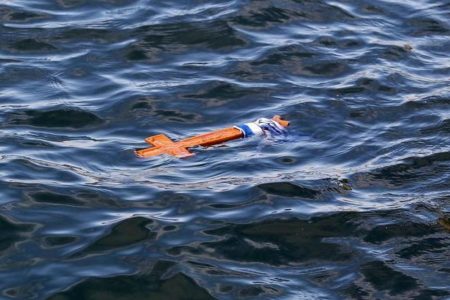 Greeks celebrate Epiphany and the blessing of the waters