The Bank of Greece sees risks in achieving fiscal targets for 2016 related with recent measures announced by the government on supporting pensioners and lowering VAT rates on islands hit by the refugee crisis.

In its Interim Report on Monetary Policy, submitted to Parliament, the central bank said that despite the current positive indications and the progress achieved, the outlook for the Greek economy remains subject to risks. The most significant and immediate risk relates to a failure to reach a timely completion of the second review of the program, especially in the light of upcoming national elections in a number of euro area countries.

Furthermore, the achievement of the fiscal outcome in 2016 is subject to downside risks, related to measures announced by the Greek government on 8 December 2016 corresponding to a fiscal loosening of roughly 0.4% of GDP. These measures, which were announced after the present Report went to print, reduce significantly the estimated safety margin beyond the target for 2016. Besides, the execution of the 2016 Budget has not yet been completed and the general government performance for 2016 has not been finalized, the Bank of Greece said in its report.

Also, any postponement of decisions on the part of our partners on concrete measures aimed to ensure the long-term sustainability of public debt, would hamper the improvement of Greece’s economic and investment outlook and weaken the prospect of a return of the Greek government and Greek businesses to international financial markets and, thereby, the prospect of a definitive exit from the crisis.

The Bank of Greece said there were several hurdles burdening domestic business climate and hindering investments and noted that unless some of them were resolved then recovery prospects could not be confirmed, as one of the basic pylons for economic growth in the coming years was an expected increase in investments.

On the fiscal leg, the central bank noted that fiscal adjustment was based mostly on higher revenues and warned of the risk that increased taxation could have more than-expected negative consequences on economic activity. Therefore, it would be better to improve the mixture of fiscal policy.

The central bank said there were still some gaps in a legislative framework to drastically reduce the volume of non-performing loans, with possible negative implications on the ability of credit institutions to fund new investments. The Bank of Greece said in order to deal with these risks, to correct previous deviations and to confirm positive prospects for the Greek economy in 2017, a number of specific and coordinated actions were necessary. A basic precondition was a timely conclusion of a second review of the Greek economic program, accelerating the pace of implementing reforms and privatizations. The government should remain focused on the timely implementation of structural reforms and privatizations agreed with the institutions and to lift any remaining hurdles still facing privatization that have been approved. The country must also resolve the problem with NPEs. The size of the problem has not allowed a significant strengthening of the intermediary activity of the Greek banking system and the support of the real economy. The central bank noted that additionally to changes in the legal and regulatory framework already made, it was necessary among others to offer legal protection to officials from the banking system and state organizations for their actions during the restructuring of enterprises.

Finally, Greece needed to resolve the problem with its huge public debt. The central bank said it was feasible to lower a fiscal target from 2018 onwards to a primary surplus of 2.0 pct of GDP (from 3.5 pct). These lower primary surpluses, combined with implementation of structural reforms will create the preconditions to lower taxation, it said. 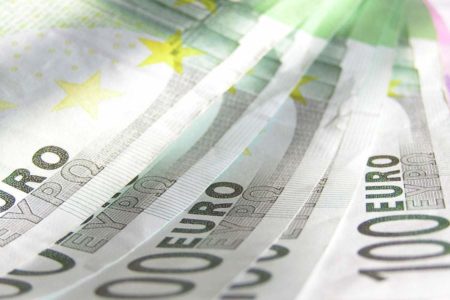