The Radio City Rockettes will be dancing at President-elect Donald Trump’s inauguration next month but not everyone is kicking up their heels at the booking.

One of the famed dancers took to Instagram to say she was “embarrassed and disappointed,” triggering calls for a boycott by some on social media. Critics have posted the phone number of the dancers’ union to urge complaints.

The American Guild of Variety Artists, which represents the Rockettes, has not publicly responded, nor has the Madison Square Garden Company, which employs the dancers.

The Rockettes, who have performed at Radio City Music Hall since the 1930s, have previously appeared in Super Bowl halftime shows, Macy’s Thanksgiving Day parades and George W. Bush’s inaugurations in 2001 and 2005. 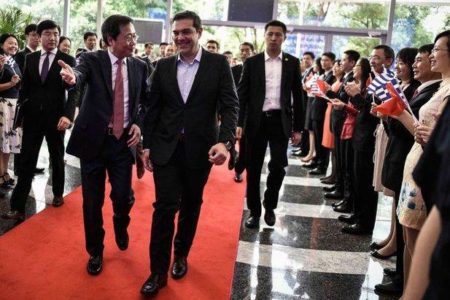 Tsipras: Greece serves as a bridge between China and Europe