Anis Amri attended mosque hours after carrying out his deadly attack Monday on a Berlin Christmas market that left 12 dead and dozens injured, but there was nothing especially pious about the 24-year-old Tunisian before or even after he was radicalized.

On Friday morning, Islamic State (IS) propagandists posted a video of Amri calling for revenge attacks on Muslim-bombing“crusaders” and pledgingallegiance to their leader, Abu Bakr al-Baghdadi.

Prior to Monday’s attack, Amri pursued an unruly, secular life of petty crime and vandalism.

Upon arriving on the Italian island of Lampedusa as a boat refugee, he claimed to be a minor despite being 19 years old, landing him in a foster home in the Sicilian town of Catania, where he was registered at a high school. He caused mayhem, stealing, terrorizing his classmates and physically attacking his teachers.

Judicial authorities say he “established a climate of terror in the classroom,” according to Italy’s La Stampa newspaper.

Aftertrying to set fire to the school and a migrant center, he was arrested in October 2011 and sentenced to four years in prison. He was categorizedas a dangerous inmate by officials in the Catania and Palermo jails, where his violent behavior cost him his eligibility for parole, forcing him to servehis sentencein full.

His May 2015 release was followed by anItalian order for deportation, but Tunisia’s failure to cooperate left him on European soil. Italian authorities lost track of him, although they did upload his details to the Schengen Information System, a database used by all European police and border agencies.

Italian officials say there were no signs that Amri had been radicalized by the time he left Italy for Germany with a group of other refugees to apply for political asylum, which was eventually denied.

Amri’s unruliness and background of petty crime and thuggery mirrors that of many others in the current generation of jihadist recruits and lone-wolf assailants who have set about terrorizing Europe.

The latest wave of European recruits, whether born on the continent or overseas, are radicalized more quickly than their predecessors and often appear even less interested in the “theology” of what they are doing, becoming jihadists almost as though it is a lifestyle choice, say analysts and deradicalization experts.

Last year’s Paris attackers and their jihadist cohort also pursued secular lives, often involving drugs and petty crime, even after becoming jihadists or during their radicalization. Some may have continued to do so on the orders of their recruiters, who may have hoped they would then remain undetected by authorities. But run-ins with police hardly amount to keeping low profiles.

Some analysts, like Rik Coolsaet, a university professor and senior fellow at the Egmont Institute, an independent think tank in Brussels, conclude that IS and other jihadist cells simply do not care now whether their new recruits are pious conservatives or just easy-to-enlist social misfits driven by narcissistic rage or mental illness to carry out violent acts.

Coolsaet has dubbed the current generation of Sunni militants “pop-jihadists,” noting their histories of deviancy and that their average age is much lower than that of previous generations of “holy warriors.”

“What I see in their social media messaging and tweets is a combination of troubled, rebellious teenage themes and narcissism,” he told VOA recently.

Mohamed Abdeslam, the brother of Salah Abdeslam, the bomber who appeared to harbor last-minute qualms and failed to detonate his suicide vest during last year’s Paris attack, noted that his brother attended mosque infrequently and showed no signs of being a radical.

Amedy Coulibaly, the jihadist who gunned down four Jewish shoppers at a kosher supermarket in Paris in January 2015, also failed to observe the puritanical strictures of Salafi jihadis. His girlfriend, Hayat Boumeddiene, told French investigators during a 2010 interview that Coulibaly “wasn’t really religious” and liked to “have fun.”

For “fun,” read “trouble.” And “troubled” is how family and friends often describe recent recruits, rather than “pious” or “religious.” It is certainly a word that sums up Amri, even before he set foot in Europe.

Born in December 1992 in the impoverished village of Oueslatia in Tunisia’s northeastern province of Kairouan, a Salafist hotbed, he was arrested in 2010 for stealing a truck. But his father, Mustapha, told reporters his son had had problems well before then, turning to drugs and alcohol before dropping out of school. He blamed poverty for his son’s conduct.

“He worked in farm fields and sometimes with street vendors,” Mustapha Amri said. “He drank with his friends, which led to his arrest several times.” He had several run-ins with the police for using cannabis and for theft. “He had lots of girlfriends,” his father added.

One of his brothers, Abdelkader, told a Tunisian news channel that he suspected Anis must have been radicalized during his time in jail in Italy, but that appears so far not to have been the case. His radicalization seems to have occurred rapidly in Germany after he arrived there last year.

IS has embraced Amri publicly as “a soldier” who “carried out the attack in response to calls for targeting citizens of the Crusader coalition.” But German investigators have still not established whether the Tunisian had direct contact with the terror group. What they have established, according to German officials who spoke to VOA, is that he was acquainted with people connected to Abu Walaa, an Iraqi-born Salafist preacher, who is considered the main IS recruiter in Germany.

Abu Walaa, 32 — his real name is Ahmad Abdulaziz Abdullah — was arrested along with four others in November on terrorism charges.

As investigators piece together Amri’s background and the method and timing of his recruitment, criticism is mounting about the performance of Germany’s police and counterterrorism agencies. Deportation proceedings were started against Amri but apparently were held up because authorities failed to establish his identity sufficiently to meet legal requirements.

Germany’s law enforcement agencies did have Amri on their radar but were confused by a fake passport, forged documents and the more than half dozen aliases he used. In August, he was arrested with a fake passport in the southern German town of Friedrichshafen while apparently traveling to Italy but was later ordered to be released by a judge.

And according to German officials, Amri’s name surfaced many times in their monitoring of Abu Walaa’s network. His determination to carry out an attack was reported by a police informant close to Boban Simeonovic, a jihadist supporter and friend. Members of the network openly discussed driving a truck bomb into a crowd.

German politicians are also demanding to know how Amri, after the attack, traveled unchallenged by train to Italy via France, despite an intense manhunt underway to find him. 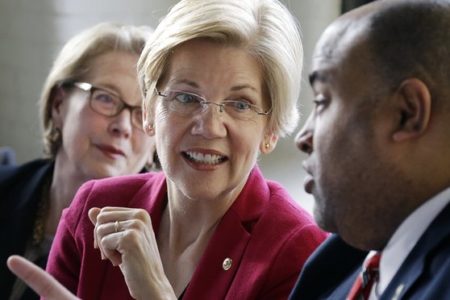