“Unreasonable demands can’t and will not be accepted by the Greek government” stated to Real News Sunday newspaper State Minister and government spokesman Dimitris Tzanakopoulos referring to Greece’s lenders demands for additional measures after the end of the program.

There are political forces in Europe that do not feel good with the current government in Greece. It is an obstacle in their plan for the consolidation of a continuous austerity policy in Europe, estimated Tzanakopoulos adding that “the Greek people decide who will govern them”.

The least the country wants now is elections, he noted adding that the scenarios of an ecumenical government or a government of technocrats “refer and serve those who spread the rumours” he said and clarified “New Democracy (main opposition) is the only one that wants elections because it wrongly believes that it will win and wants to provoke the interruption of the negotiations and to impose a harsh austerity programme and charge it to SYRIZA. It is a very dangerous tactic for the country”.

Government spokesman appeared optimistic over the conclusion of the second review and ruled out the possibility of additional measures after 2018. “I believe that in the next period we will have achieved to find a point of balance and to reach a positive decision that will not include measures after 2018”, he said.

He also underlined that the labor deregulation which was the result of the former governments (New Democracy and PASOK) decisions in the period 2010-2014 can’t continue. “IMF must understand that Greece belongs to Europe and can’t be excluded from the European social model and this is also the position of the European Commission” he stressed. 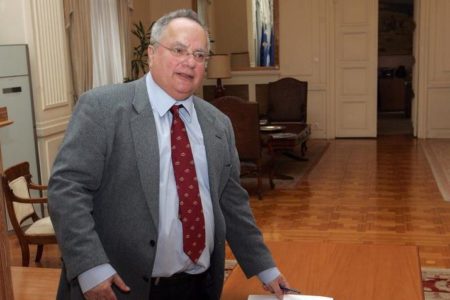