In quickly evolving developments over the past few days, Greece announced its first highly pathogenic H5N8 avian influenza detection, with the virus also suspected in a spate of outbreaks in Bulgaria.

Meanwhile, H5N6 and H7N9 activity sparked actions to curb the viruses in different parts of China, while outbreaks in Japan and South Korea continue to take a toll and several countries in Europe, India, and Israel continue to battle more outbreaks from H5N8 as well as other strains.

In Greece, tests on a mute swan found on Dec 14 in a natural park near the Evros River delta in the eastern part of the country died of H5N8 avian flu, according to a report to the World Organization for Animal Health (OIE).

In Bulgaria, one of Greece’s northern neighbors, the agriculture ministry on Dec 22 reported eight H5 outbreaks: five in backyard poultry, one on a farm, one in captive mallard ducks at a nature park, and one involving a pair of grey herons found dead at a different nature park.

According to the OIE report, the outbreaks span five provinces: Vidin and Vratsa in the northwest of the country, Plovdiv in the south-central region, Sofia in the west, and Yambol in the east.

Bulgaria’s H5 outbreaks come in the wake of H5N8 detections in neighboring countries, including Serbia and Romania. 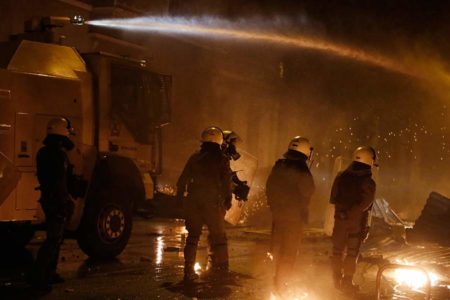