As the elderly population continues to grow globally, the number of people who will suffer from dementia also will increase. The question is, by how much?

The World Health Organization estimates that close to 50 million people have been diagnosed with dementia, with more than half living in low- and middle-income countries.

Although dementia mainly affects older people, it is not a normal part of aging. As researchers find out more about the causes of dementia, they are also finding ways they can help reduce its prevalence.

For example, numerous studies show that what’s good for the heart is also good for the brain. Physical activity and a healthy diet keep the heart pumping and blood flowing to the brain. Good blood flow keeps the brain functioning, and has been shown to reduce the risk of dementia.

Brains shrink with age, but studies cited by the Alzheimer’s Society of the U.K. showed that aerobic exercise not only increases the heart rate, but also enlarges the hippocampus, the key area of the brain involved in memory. In one study, a year of aerobic exercise by older adults proved to be the equivalent of reversing one to two years of age-related shrinkage.

Researchers also have found a link between higher education and a reduction in dementia. Studies continue to look at the way exercise, diet, social and mental stimulation, and other factors influence the development of dementia, Alzheimer’s being the most common form of this disease.

Dr. Kenneth Langa at the University of Michigan focuses his research on dementia. He was the co-investigator of a study of 20,000 adults in the United States over a 12-year period, and was the lead investigator of a supplemental study on the risk factors and prevalence of dementia in this group.

“We found that the prevalence of dementia declined significantly between 2000 and 2012, from about 11.5 percent down to about 9 percent,” Langa said.

Langa attributes the decline in dementia to better treatments for high blood pressure, diabetes and obesity — treatments that keep the cardiovascular system healthy and lower incidents of stroke. He also says increases in education levels play a role.

In the U.S., education levels rose over the past two decades, according to data gathered by Langa. A larger percentage of people graduated from high school, and more people received college educations. Langa’s study showed that even a slight increase in the level of education seems to have an impact in reducing the risk of dementia.

“This suggests that a 75-year-old today has a lower risk of having dementia today than a 75-year-old 10 or 20 years ago,” he said.

But the numbers were still significant because of the large number of older adults.

“What we found was that for adults in the United States, ages 65 and older, about 3 to 5 percent of them who were 65 to 74 had dementia, and that went up to almost 30 percent for those who are 85 and older,” Larga said. “So almost one in three had dementia in our study.”

Even without a breakthrough in treatment, Langa says it appears there are things that can decrease the risk. However, he says, more work needs to be done to keep dementia trends declining.

The supplemental study was published in the Journal of the American Medical Association.

Democrats want Trump to dump his stake in DC hotel 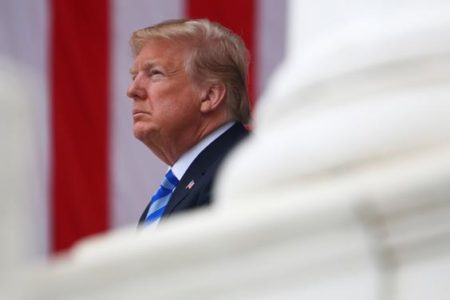