President-elect Donald Trump accused President Barack Obama on Wednesday of throwing up “inflammatory” roadblocks during the transition of power and his administration of treating Israel with “total disdain,” further straining the veneer of civility between the incoming and outgoing leaders.

Although Trump didn’t detail his complaints in his morning broadsides on Twitter, the president-elect has made it clear that it didn’t sit well with him when Obama recently boasted that he would have won the election if he’d been running. Trump’s largely respectful tone about Obama since the election evaporated in his latest tweets.

“Doing my best to disregard the many inflammatory President O statements and roadblocks,” Trump tweeted. “Thought it was going to be a smooth transition – NOT!”

“We cannot continue to let Israel be treated with such total disdain and disrespect,” he said in a two-part tweet. “They used to have a great friend in the U.S., but … not anymore. The beginning of the end was the horrible Iran deal, and now this (U.N.)! Stay strong Israel, January 20th is fast approaching!”

Trump and his team have until now been largely complimentary of the way Obama and his people have handled the transition. The president-elect’s complaints about the treatment of Israel came a few hours before John Kerry was to make his final speech about Mideast peace as secretary of state — remarks that some Israeli officials panned in advance. The administration’s decision not to veto the U.N. resolution aggravated an already strained U.S.-Israel relationship.

“As the inauguration gets closer, both the current president and the team have been very generous with their time as far as the actual transition, the actual mechanics of the transition have gone and I expect them to continue to speak fairly regularly,” Spicer said during the daily transition briefing, though he could not say exactly how often the two have spoken.

Still, he said, Trump intends “to bring change to this country starting on Day 1.”

A dispute erupted Monday between Obama and Trump, spurred by Obama’s hypothetical musings that had he run again, he would have been victorious. Obama suggested he still holds enough sway over the coalition of voters who elected him twice to get them to vote for him once again. Trump’s response to that was “NO WAY!”

Trump noted that’s the highest the index has climbed in more than 15 years, then added, “Thanks Donald!”

Trump was expected to deliver an economic development message later Wednesday. He resumed his busy schedule of meetings following a brief lull for the holidays.

Maldonado was chairman of the California Senate’s agriculture committee; Cuban-born Murano was an agriculture undersecretary in George W. Bush’s administration. 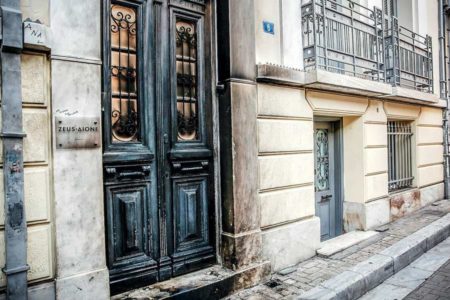