Police in Turkey have detained a prominent investigative journalist over a series of social-media postings.

Ahmet Sik, a government critic, was detained in Istanbul on December 29 on suspicion that he engaged in “terrorist propaganda” on Twitter, the state-run Anadolu Agency reported.

The journalist tweeted that he was being taken away.

“I am being detained. I am going to be taken to the prosecutor’s office over a tweet,” he said on Twitter.

Meanwhile, also in Istanbul, the trial opened for novelist Asli Erdogan, writer Necmiye Alpay, and several other editors or senior employees of the pro-Kurdish newspaper Ozgur Gundem, which was shut down earlier this year.

They are accused of membership in the outlawed Kurdistan Workers Party (PKK).

The court later ordered the release of Erdogan and Alpay pending their trial.

At least 81 journalists are imprisoned in Turkey, according to the New York-based Committee to Protect Journalists, with dozens of media outlets shut since a failed coup attempt in July.

The crackdown has led to international concern, with rights groups accusing Turkish President Recep Tayyip Erdogan of using the coup as a pretext to muzzle dissent.

Some material for this report came from AP and Reuters. 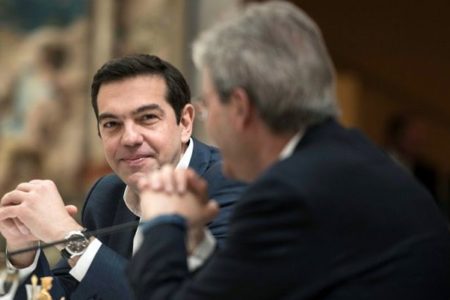