China says it will end all ivory processing and trade by the end of 2017. The plan has been welcomed by conservationists as a “game changer” in the effort to end illegal ivory trading that has led to a sharp decline in Africa’s wild elephant population.

The world’s largest ivory market said Friday it plans to phase out all ivory processing and trade by the end of 2017, in a move widely backed by conservationists after calls to end a trade that has decimated wild elephant herds.

The plan, announced by China’s State Council, commits China to a timetable to end the trade, after a joint pledge in 2015 between U.S. President Barack Obama and Chinese President Xi Jinping to end the legal and illegal trade of ivory in their countries.

The council said it aimed to “strengthen the protection of elephants and crack down on the illegal ivory trade.” It called on law enforcement officials to take a tougher stance on the sale, transport and smuggling of ivory.

Conservationists broadly welcomed the move. The Wildlife Conservation Society in Asia, in a statement, called the decision “a game changer for Africa’s elephants”.

In Thailand, Steve Galster, director of the non-government conservation group Freeland Foundation, said the news marked a challenge to syndicates behind the elephant poaching gangs in Africa.

“This is a fantastic move, and it’s definitely going to send shockwaves back into [criminal] syndicates that have been moving [illegal ivory] from Africa to other parts of Asia, to China for decades, especially in the last few years,” said Galster.

He called it “the best New Year’s present that conservationists and elephants have had in a long time.”

The ivory trade was banned internationally in 1989.

The United Nation Convention on International Trade in Endangered Species of Wild Flora and Fauna (CITES) created a loophole, however, allowing Southern African states with stable elephant numbers to sell stocks of tusks aimed at funding for conservation.

But the policy proved to be a disaster for elephant populations. The Great Elephant Census, a continent wide count of elephants released in August, reported a 30-percent slump or some 144,000 fewer African elephants from 2007 to 2014.

There also has been an explosion of demand in China for ivory and other illegal wildlife buoyed by a growing economy, rising wealth and consumption.

“If China wants to have a better image in conservation of this very planet that China is a member – obviously it’s very good news. I mean we’ve been agonizing for years and years that China is the biggest consumer of illegal animals’ trade,” Kraisak said.

He added that China could do much more in animal conservation, though, in which it remains a major market for wild animal parts. This includes tigers, snakes and mammals, such as pangolins, which are prized for their meat while their scales are used in traditional medicines.

“They are banning the legal trade – this is great because it sends an incredibly strong signal from the world’s biggest market and this is no longer acceptable and to be phased out. That’s great,” said Douglas.

He said he hoped the decision also would send a message to the Asia region where often the “law is loose” or the illegal trade is fairly open. He called on China to take steps in dealing with the underground market.

Thailand has often played the role of a transport hub in the trafficking of wildlife from Africa to China.

Increased policing in Thailand and improved transport infrastructure has been marked by seizures of ivory, rhino horn and animal parts being uncovered in Cambodia. Vietnam also is a key target market for illegal animal trafficking.

But Edwin Wiek, of the Thai-based Wildlife Friends Foundation, is skeptical about the ban’s effectiveness, fearing loopholes in the law will allow the ivory trade to continue.

Analysts also fear criminal syndicates, holding large inventories of ivory will seek out new markets in emerging economies in Asia. Three decades ago after a crackdown in Japan on illegal ivory, syndicates moved to tap into the then fast-growing market of China. 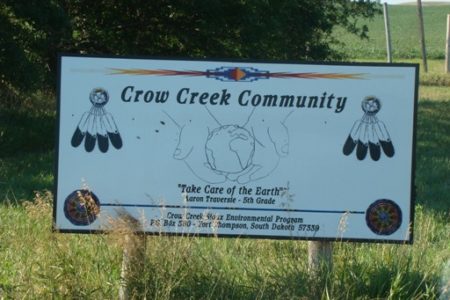