2016 is coming to an end, and many people say it can’t be over soon enough:

A production company called FriendDog Studios this week released a fake movie trailer depicting the year 2016, which saw man-made disasters, political scandals, natural disasters, numerous problems with the Olympic Games in Rio, the spread of the Zika virus, and a long string of celebrity deaths, as a horror movie.

A wag on Twitter said, “2016 is really shaping up to be year 1 in all those dystopian novels.”

The shock of each new celebrity death has led one man, Demetrios Hrysikos of Spartanburg, South Carolina, to start a crowd-funding campaign calling for the protection of Betty White, a beloved 94-year-old television comedienne (who is apparently in perfectly good health).

Hrysikos says on his GoFundMe page that the funds donated — more than $8,000 — will pay expenses for him to personally guard White until the end of the year. If White does not want “a strange Greek standing guard outside her door,” Hrysikos says, he will donate the funds to Spartanburg’s community theater — the real reason for his crowd-funded project.

Oliver concluded the video by blowing up a giant “2016” in slow motion. The video has scored hundreds of thousands of views since mid-November.

A legendary bookstore in New York City, The Strand, has come out with a line of Strand-branded T-shirts, mugs and tote bags saluting 2016 — by using profanity too harsh to print.

On December 28, the day 84-year-old actress Debbie Reynolds died, which was one day after the death of her actress daughter, Carrie Fisher, a trending Twitter topic was “2016In4Words.”

Responses ranged from “Guess who died today?” to “Did that really happen?” to “series of unfortunate events” to “I want a refund.”

Humorist Dave Barry contributed to the conversation in a year-end column Friday, saying, “We’ve seen some weird years. But I’ve never seen one as weird as 2016. This was the Al Yankovic of years. If years were movies, 2016 would be ‘Plan 9 from Outer Space.’ If years were relatives, 2016 would be the uncle who shows up at Thanksgiving dinner wearing his underpants on the outside.”

Has the year really been worse than most? Maybe, said historian Christopher Huff, a professor at Beacon College in Leesburg, Florida, but probably not the worst one ever. If one were looking for the worst year in recent history, 1968 would be a good contender.

That year, “it seemed like America was breaking apart in a permanent way,” Huff said.

The year began with a Viet Cong attack on the U.S. embassy in Saigon, Vietnam. And “before the year was half over, both Martin Luther King Jr. and Robert Kennedy had been assassinated,” Huff said.

“People of all political viewpoints watched with dismay at the riots in the streets during the Democratic National Convention in Chicago,” Huff added, “and for those on the left [liberals], the election of Richard Nixon was a blow against the liberal gains made in the 1960s. And this is just the United States.”

Huff added that riots in Paris, Soviet suppression of the Prague Spring in Czechoslovakia, and the massacre of college students in Mexico City all marked 1968 as a bad year worldwide.

Queen Elizabeth of Britain counted 1992 as one of her worst years ever, an annus horribilis(Latin for terrible year), uttered in a speech in November of that year. The marriages of three of her children were crumbling, resulting in a slew of embarrassments for the royal family, and, just four days before the speech, the queen’s residence at Windsor Castle was seriously damaged by fire.

Former United Nations Secretary General Kofi Annan marked 2004 as his own annus horribilis after months of corruption allegations related to the U.N.’s Oil-for-Food program in Iraq. Just days after Annan’s remark in a year-end news conference, the Indian Ocean tsunami struck December 26, killing hundreds of thousands of people in at least 11 countries.

Given the magnitude of the events in question — political scandals, personal scandals, war, terrorism, natural disaster and death — is joking really an appropriate response?

Sometimes, said Jonathan Alpert, a Manhattan-based psychotherapist and author of Be Fearless: Change Your Life in 28 Days.

“In a way, it’s therapeutic to blame it on the year,” Alpert said. “It’s a way to help people process it.”

He said finding a target for blame, even a frivolous one, can be especially helpful in cases like death, where no real fault is to be found. And the online conversation can help people feel less alone with their grief.

“What we’re seeing online, the hashtags and so forth, it’s a way to sort of build collective support. You’re not in this alone. I think we all recognize what an awful year it’s been,” he said. But he also noted, “Life will go on. Our country has been through far worse.”

Therapist David Reiss of San Diego, California, gives a handout on grief to his clients who are coping with loss.

“Shared grieving ameliorates severe loneliness and a sense of isolation,” he notes in it. “Being able to discuss and share positive and negative emotions is reassuring, comforting and ‘normalizing,’ and, on a symbolic level, connection with others in a positive manner points the way to the reality of moving on and overcoming the loss.”

Reiss also told VOA that the loss of a celebrity can mean much more on an individual level than people realize. When we grieve over the death of a famous person, “people are really grieving their own mortality, the loss of their past,” he said.

Reiss also noted that some of the celebrities who died this year — David Bowie, Prince and George Michael — were groundbreakers in changing sexual norms, which may make their loss more meaningful to many people.

But the key to surviving a bad year, he said, is perspective, recognizing that most celebrity losses and other tragic events are not personal. In that sense, making jokes can help.

If a joke “tries to make light of a sad situation without negating feelings,” he said, “that can be a reasonable coping mechanism.”

And whether it’s logical or not, we can always hope 2017 will be better.

It’s “an opportunity to hit the reset button,” Alpert, the Manhattan-based psychotherapist, said. “That’s traditionally what ringing in the new year is all about.” 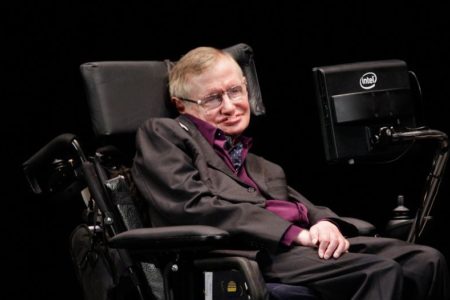 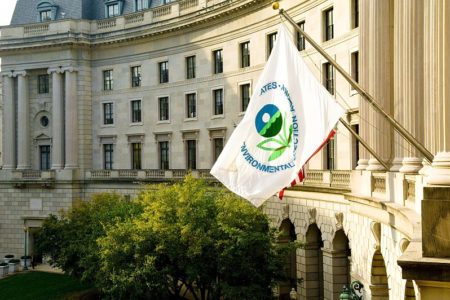