Representatives of farmers from around Greece asked the Minister of Agriculture Development Vangelis Apostolou on Wednesday to take responsibility for the changes in their social security and taxation, during a meeting which they described as “crucial” for determining their future labor action.

“What we have done so far in the farming sector, from the payments to the managing of development programs, to those we are planning in the next few months, we believe they create [â€¦] an environment which is very special for the agricultural sector, compared to what the rest of society is experiencing,” the minister said after the meeting.

Earlier, the farmers’ representatives submitted a letter to Parliament President Nikos Voutsis in which they requested a debate in parliament over their issues. “Our decision to appeal to the parliament’s presidency –  in order to invite the plenum to a scheduled debate on the issue that concerns the future of our country’s agricultural production was imperative,” the farmers wrote in the letter. 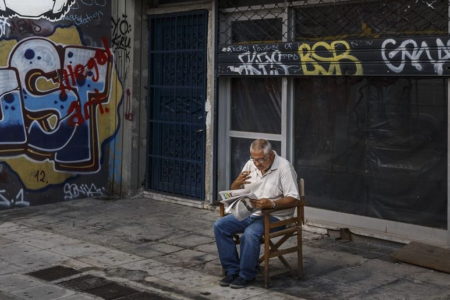