Even in the best of times, the government of Turkish President Recep Tayyip Erdogan has had a strained relationship with the Internet. Ankara repeatedly has tried to restrict various news and social media sites — such as YouTube and Twitter — during times of political stress or just to block content it finds insulting.

Traditionally, the blocks aren’t long lasting or very effective, as many web users in Turkey turned to tools like DNS or Tor to evade the blocks.

But following recent events — the bombing of an Istanbul nightclub, the assassination of Russian ambassador Andrey Karlov, and July’s attempted coup d’etat by a faction in the military — the Erdogan government’s posture toward the internet may be hardening permanently.

Specifically, analysts and civil society organizations say the Erdogan administration has begun moving aggressively to restrict internet and mobile phone access to the rest of the web — and for the first time, is showing no signs of backing off any time soon.

Erdogan’s antipathy towards the web and social media is nothing new.

“There is now a scourge that is called Twitter,” Erdogan said at a 2013 rally. “To me, social media is the worst menace to society!” He has called Facebook “immoral,” YouTube “a devouring force,” and has promised to “eradicate” Twitter.

“Erdogan’s strategy is to demonize social media,” said University of North Carolina cyber-law researcher Zeynep Tufekci. “It is a strategy of placing social media outside the sacred sphere, as a disruption of family, as a threat to unity, as an outside blade tearing at the fabric of society.”

The U.S. State Department has been critical of past efforts by Turkish authorities to block certain websites or social media portals, calling such actions an encroachment on free speech. And in the past, such restrictions were typically short-lived, creating only temporary blockages.

The reason for Erdogan’s bluster and periodic blocks, said Tufekci, is that Ankara is trying to set or control the narrative, steering attention away from embarrassing stories online and casting the internet as a bed of scoundrels and lies.

“Erdogan likely still has enough supporters to win elections, but to continue to win, he needs to keep them off social media. His game is to scare them about all that comes from social media,” she told VOA.

With Turkey facing near-historic pressures internally and externally, however, some cyber-researchers fear the Erdogan government’s recent crackdown on free expression online and off is a sign of worse censorship to come.

“When there’s an attack, say an explosion, nationwide restrictions are often imposed,” said Alp Toker, a censorship researcher and spokesperson with the organization Turkey Blocks. Just minutes after the Karlov assassination, for example, Toker says they documented a government throttling back of Twitter, Facebook, YouTube and WhatsApp.

The Turkish government regularly blocks tens of thousands of websites; among them blogs, news sites, and civil society organizations, such as opposition parties. What’s new and more troubling, according to Toker, is that these restrictions now also are accompanied by new efforts to restrict or block access to Tor and VPN providers – popular tools among Turks for evading online censorship.

“This was the first time a social media shutdown has been implemented since sophisticated new controls were introduced a couple of weeks ago to restrict VPN and Tor circumvention services,” he told VOA. “For many users in Turkey, this was the first time they were totally blocked off from social media without recourse to their usual means of getting around the censorship.”

Toker and his fellow researchers say it appears the VPN and Tor blocks are “here to stay.” And that, along with renewed rounds of journalists being sent to prison, has people worried about what they can say.

“People are afraid of speaking up, especially online,” Toker said. “Until recently, opposition groups felt things have been tough, but there are still institutions that can help out. In the last few months, it looks like the government is ready to go all the way. People are backing away; from what I’ve seen, people are afraid of getting involved.”

Despite efforts by the Erdogan administration to control speech and seize as much power as possible, free speech advocates say there may be hope on the horizon.

First, not all of Turkey’s telecommunications and ISPs blocked social media sites following Amb. Karlov’s murder by an off-duty Turkish policeman. That could possibly indicate that not all in the government, or in Turkey’s tech sector, are fully on-board with increasing blocks and throttling back web speeds.

And second, as researchers at Turkey Blocks documented recently, the website of Netherlands-based broadcaster NOS was blocked for a week following the Karlov shooting without any government-issued order or judicial decree. That block violated Turkish law, and internet advocates may challenge the legality of that and other website blocks in court.

For the moment though, the internet and mobile phones are not a free speech zone in Turkey. Turkey Blocks’ Alp Toker says his nation can still win back its internet freedom, but only if lawmakers and tech companies the world over start to take notice of what’s happening now.

“The rest of the world, particularly the U.S. and Europe, would be well advised to take a look at the situation in countries like Turkey and step up the effort to defend their own digital liberties,” said Toker. 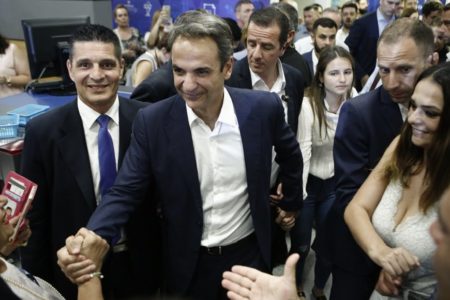 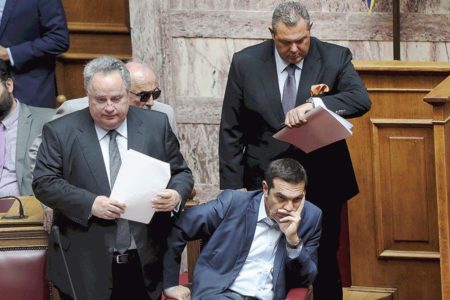