Home / Greece / Greeks celebrate Epiphany and the blessing of the waters

Undeterred by a cold front working its way across the country from the north and the generally unsettled weather, Greeks turned out in good numbers to celebrate the feast of the Epiphany on Friday, while many braved the freezing waters and dived after the cross during the various ceremonies to bless the waters, including in one instance an eight-year-old girl.

Despite strong winds, the ceremonies went smoothly on most of the Aegean islands, while on Rhodes a young woman called Eleni Karagianni stole the show when she beat her male rivals to recover the cross from the stormy seas.

A notable exception was Iraklio on Crete, where the ceremony in the city’s Venetian Harbour was cancelled due to a torrential downpour and held in the Cretaquarium instead. In spite of this, some swimmers dove into the harbour anyway and formed a symbolic human “cross” instead.

Three swimmers defied temperatures of -4C to dive after the cross in Lake Kastoria in northern Greece, four at Lake Polyfytos in Kozani, while 10 young Roma men observed the tradition by diving into the frozen waters of the Sakouleva River in Florina in light snowfall. 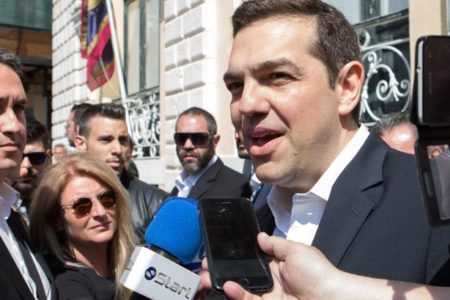 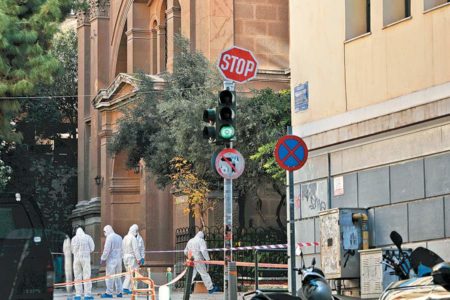