Two media group executives who were arrested on Tuesday after a lawsuit filed against them by ANEL leader Panos Kammenos were charged for libel at a misdemeanors court in Athens on Wednesday and granted three days to prepare their defense. They will appear again before the court on January 13.

In his lawsuit, Kammenos accuses “Parapolitika” group publisher Ioannis Kourtakis and the newspaper’s director Panagiotis Tzenos of libel and attempted extortion. The court accepted the first accusation but prosecutor Areti Skafida was assigned to ascertain if there is sufficient evidence to support the second and more serious accusation, which is a felony under Greek law.

Kammenos, who is also Defence Minister, claims the two journalists are attacking him through their news outlets using his underage child, to force him to withdraw his accusations on funds he alleges they received from the Hellenic Center for Disease Control and Prevention (KEELPNO).

“It is a black day for journalism and freedom of the press, with practices reminiscent of [Turkish President] Erdogan, as a publisher and an editor are in court accused for libel,” said Tzennos as he left the courtroom. “The minister mobilized a team of 25 police officers. Why was he (holidaying) in the Alps before New Years’ when the people are being tested by his own austerity policies? We have faith in Justice. It is a junta, but it will pass,” he added. 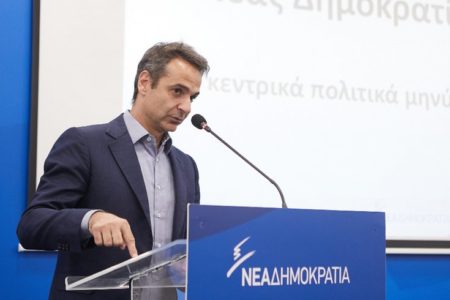