Tensions have been simmering since Trump’s election, with the travel ban affecting many in Iran. Tell us about your views on the US president

This article titled “What’s the mood in Iran toward president Trump?” was written by Sarah Marsh, for theguardian.com on Thursday 9th February 2017 12.06 UTC

During his campaign for presidency, Donald Trump said his predecessor Barack Obama had been “too soft” on Iran. He was critical of the nuclear deal made between Iran and the world’s six major powers, including the US.

Since his election tensions have grown. Trump has attempted to bar Iranians from entering the US (as part of a wider travel ban on people from predominantly Muslim countries) and has also talked about putting Iran “on notice” after it tested a ballistic missile.

The travel restrictions are going to affect Asghar Farhadi, the award-winning Iranian director whose new film The Salesman has earned him a nomination for a second Oscar. The supreme leader, Ayatollah Ali Khamenei has urged Iranians to join a rally on Friday – the anniversary of the 1979 Islamic revolution – to show “their position toward threats.”

How is the travel ban affecting you? What’s your views on Trump? What’s the mood where you are? Do you worry about what Trump’s presidency could mean for the future of the country? Share your views and comments with us. 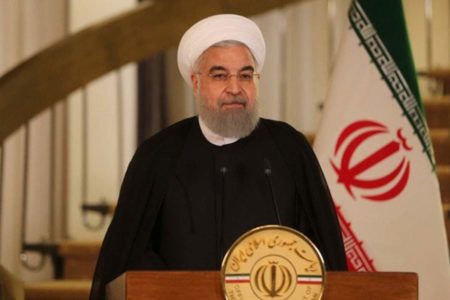