BRUSSELS (ANA/ N. Lionakis) Greece successfully pushed for the insertion of a special reference to action for fighting unemployment in the final conclusions of the European Council, Prime Minister Alexis Tsipras said in a press conference after the EU summit on Friday. He also appeared confident that Greece and the institutions will soon overcome obstacles to reaching agreement, paving the way for a solution that would include measures to alleviate Greek debt.

“We will arrive at a comprehensive solution for the Greek problem very soon, in April,” he said.

This insertion, which calls for special, additional and parallel actions to fight joblessness where this remains disproportionately high, was an indirect but clear admission that the austerity choice in the reform agenda has to be dealt with, and dealt with first in the countries where it has done the most damage, Tsipras said.

“What Greece needs is not more austerity but reinforcement of its growth potential,” he said, adding that the special measures for Greece must include its participation in quantitative easing and measures to ease Greece’s debt.

According to Tsipras, a growth prospect was the “only choice we have” in order for the programme and the country’s debt to be sustainable, as well as to finally achieve its main goal and exit the crisis.

The Greek prime minister also referred to the refugee and migration crisis, noting a need to speed up the relocation process and fully staff EASO services on the Greek islands. Even though this had started moving, he said, it was still very far from the targets. In addition, he asked for a fair revision of the European asylum system.

Regarding Turkey, Tsipras said he had informed EU leaders about an escalation in both the quantity and quality of the rhetoric but also of the military activity currently emanating from the other side of the Aegean. Greece continues and will continue to be a pillar of stability, peace and security and remain unshaken and firm in its defence of international law and its sovereign rights, he stressed.

The message that all sides must send to Turkey is that of respecting international law in the Aegean and respecting good neighbourly relations.

Taking questions, Tsipras said it was possible to have a staff-level agreement (SLA) between the Greek government and the institutions before the Eurogroup on March 20 and then an overall agreement in April that will include medium-term debt relief measures. He admitted there was a delay, adding that the reasons for this were “known,” but insisted that the prospect for a positive outcome remained.

Questioned about the IMF and whether he had asked IMF Managing Director Christine Lagarde to make a commitment that the IMF will support Greece, Tsipras replied that he was “in constant communication” with the IMF chief.

“This communication is not always easy, the differences are given, but it is sincere,” he added.

According to the Greek prime minister, he had asked the IMF to make its position clear, to not waste time, to maintain a firm position and make a commitment that, on the basis of the technocratic standards required for its participation in the Greek programme, there have to be specific actions to ease Greek debt.

“On this basis, yes, of course I asked for the IMF’s commitment to not be ‘a la carte’ and only for measures relating to reforms,” he said. 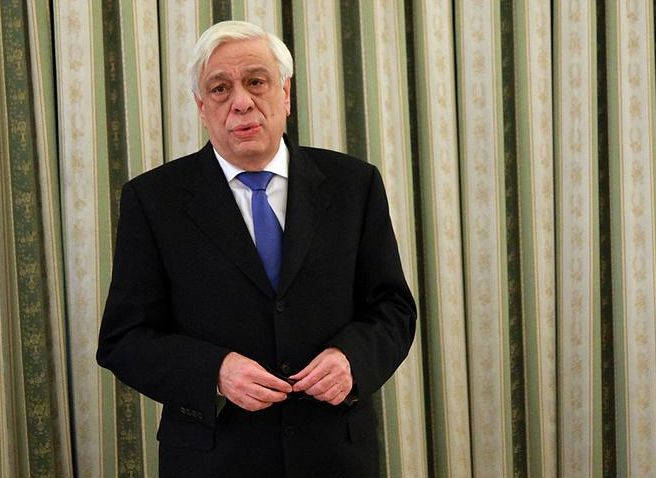 President Pavlopoulos : ‘ Greece owes a lot to the Diaspora’