This article titled “Greek activists target sales of homes seized over bad debts” was written by Helena Smith, for The Guardian on Saturday 11th March 2017 08.00 UTC

The cavernous halls of Athens’ central civil court are usually silent and sombre. But every Wednesday, between 4pm and 5pm, they are anything but. For it is then that activists converge on the building, bent on stopping the auctions of properties seized by banks to settle bad debts.

They do this with rowdy conviction, chanting “not a single home in the hands of a banker,” unfurling banners deploring “vulture crows”, and often physically preventing notaries and other court officials from sitting at the judge’s presiding bench.

“Poor people can’t afford lawyers, rich people can,” says Ilias Papadopoulos, a 33-year-old tax accountant who feels so strongly that he has been turning up at the court to orchestrate the protests with his eye surgeon brother, Leonidas, for the past three years.

“We are here to protect the little man who has been hit by unemployment, hit by poverty and cannot keep up with mortgage payments. Banks have already been recapitalised. Now they want to suck the blood of the people.”

The tall, bearded brothers were founding members of Den Plirono, an activist group that emerged in the early years of Greece’s economic crisis in opposition over road tolls. The organisation, which sees itself as a people’s movement, then moved into the power business – restoring the disconnected electricity supplies of more than 5,000 Greeks who could not afford to pay their bills. Auctions are their latest cause. “Solidarity is the only answer,” Papadopoulos insists.

“Rich people have political influence. They can negotiate their loans and are never in danger of actually losing the roof over their heads.”

The protests have been highly effective. In law courts across Greece, similar scenes have ensured that auctions have been thwarted. Activists estimate that only a fraction of auctions of 800 homes and small business enterprises due to go under the hammer since January have actually taken place. Under pressure to strengthen the country’s fragile banking system, Athens’ leftist-led government has agreed to move ahead with around 25,000 auctions this year and next. In recent weeks they have more than doubled, testimony, activists say, to the relaxation of laws protecting defaulters.

“There is not a Greek who does not owe to the banks, social security funds or tax office,” says Evangelia Haralambus, a lawyer representing several debtors. “Do you know what it is like to wake up every morning knowing that you can’t make ends meet, that you might lose your home? It makes you sick.”

Seated in the fourth floor office of the United Popular Front (Epam), a framed picture of Che Guevara behind her, the lawyer belongs to the growing numbers who believe Greece would be better off out of the eurozone.

“We see our country as a country under occupation. It is inadmissible what has happened to Greece,” she splutters. “These vulture crows, homing in on the properties of the poor, are all part of the larger plan to control us.”

Epam is among the fringe groups – on both the left and right – seeking to capitalise on the outrage over auctions as anti-euro sentiment mounts.

Few issues have highlighted prime minister Alexis Tsipras’ volte-face over austerity more than this. Resistance to home foreclosures was a rallying cry of the leftist leader before he assumed power in January 2015.

Tsipras’ decision to enforce some of the harshest austerity measures to date – the price of a third bailout programme to avert default and debt-stricken Greece exiting the eurozone – has exacted a heavy toll. Amid accusations of betrayal, his own popularity and that of his Syriza party, have plummeted.

The leader’s much-vaunted promise that “not a single home” would be seized from Greeks unable to keep up with mortgage payments has become the stuff of satire played on radio shows to emphasise what is widely perceived as Tsipras’ hypocrisy.

But seven years into the crisis, any government would ignore non-performing loans (which will never be repaid, in full or at all) at its peril. A slow–burning €106bn fuse under the Greek economy– the equivalent of 50% of GDP – they are regarded as the biggest risk to the banking system’s stability. Some 41.3% of mortgage holders are estimated to have defaulted on loans.

“Non-performing loans now account for 45% of all loans which is very high,” said the Bank of Greece’s governor Yannis Stournaras. “It is imperative for the survival of Greek banks and the Greek economy that they are reduced. Our plans is to reduce them by about €40bn in the next three years,” he added, blaming the weekly court dramas, squarely, on strategic defaulters. “There are strict income criteria and property criteria that protect the poor.”

In an atmosphere that has become increasingly explosive, as anti-austerity protesters again take to the streets , the anti-auction activism has also turned ugly.

Attacks against public notaries who are processing the sales have soared. Recently the downtown office of a prominent notary was ransacked by masked men belonging to an anti-establishment group who said they wanted “to send a message to the crows”. In court the officials are abused and booed out of the room by baying crowds.

“We have been wrongly singled out,” said notary Athina Karamanlis, struggling to speak above the din of protesters taunting her.

“Our association has stated clearly that it will not condone the auction of primary residences. But it is our duty to follow the law. There are auctions that people want for all sorts of reasons.”

The drama has forced the government to rethink its strategy. Fears are mounting that if the banks fail to recover losses, a Cypriot-style bail-in could follow and the government has announced that it will pushed ahead with electronic auctions. But the prospect of mass auctions at a click of a button has only incensed critics further.

“It will create huge tensions and destabilise Greek society,” said Papadopoulos, claiming that laws protecting the poor had been increasingly whittled down. “They will have to evict people from their homes and that won’t be easy. The people will react in unforeseeable ways.”

Why men still won’t get their hands dirty at home 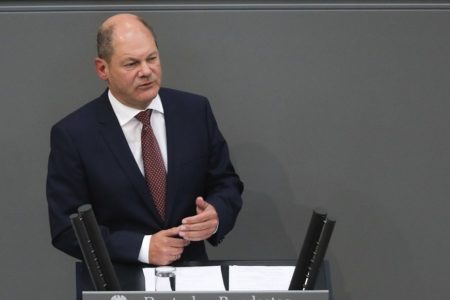