Could it be true, as a new study suggests, that housework is a marker of ‘feminine’ identity?

This article titled “Why men still won’t get their hands dirty at home” was written by Tracy McVeigh, for The Observer on Sunday 12th March 2017 00.04 UTC

British women who kick off their work shoes and get stuck into the housework when they get home of an evening, even when their male partners have been at home all day, probably won’t feel any better when they learn that it is much the same in other parts of Europe.

What might make them throw their shoes at someone, however, is a suggestion by academics that women are “displaying their femininity” through housework, even if they have little free time, while men are “demonstrating their masculinity” by ducking out of it.

A joint project between academics in Utrecht and California looked at data from almost 30,000 people in 27 European countries, and in Israel, to examine the impact of recession on domestic labours. The research found that women in the UK spend more than twice as much time doing housework as men: 15.7 hours a week compared with 6.3 hours. The gap closes if the woman is in work and her partner is unemployed, but only slightly.

The researchers, Professor Tanja van der Lippe and Lukas Norbutas at Utrecht University and Professor Judith Treas at the University of California, Irvine, have published their findings in an article in the journal Work, Employment and Society, published by the British Sociological Association. They say the reason behind the figures could be that unemployment helps neutralise “gender deviance” so that “unemployed men who fall short of the male breadwinner ideal may reassert masculinity by avoiding stereotypically women’s work, while their wives compensate by doing more. Indeed, women in partnerships where they earn more than their male partner are sometimes found to do more housework than otherwise.”

So as men’s feelings of wellbeing decline because they are out of work, they do less housework, while women overcompensate, which means that, in the face of unemployment, the division of housework is even more gender unequal.

The total amount of housework differed between the countries studied, with Ukraine having the highest weekly hours of housework for both women (31.2 hours a week) and men (16.6). The lowest hours reported by women were in Denmark (12.4), while men in Portugal only managed to rouse themselves for 4.7 hours. The share of housework for women differs between countries: in Greece, for example, women did 82% of housework, compared with 61% in Sweden.

But they added: “Whatever the explanation, gender-neutral, time-availability notions are insufficient to account for any counter-intuitive pattern of women doing more housework when the partner is unemployed.

“If unemployed men do not step up their housework enough to compensate for extra work that they create by spending more time around the house, women’s domestic workload will be higher than is the case for men with an unemployed partner.”

The researchers found that these results applied in all 28 countries studied, and that in countries where unemployment rates were higher, it had the effect of pushing unemployed women to spend even more time on housework.

But not all Europeans displayed the same attitudes: unemployed French women were more likely to put their extra time into childcare, while the Netherlands threw up a response that British women might scratch their heads over: “Compared with men, Dutch women hold more favourable attitudes towards housework: they enjoy it more, feel more responsible for it and embrace higher housekeeping standards.” 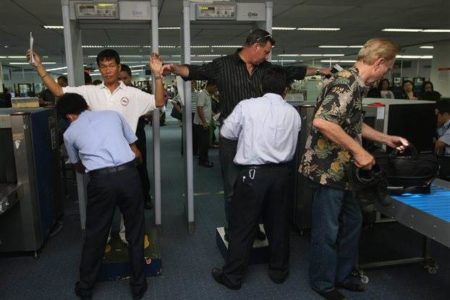