South Dakota’s Crow Creek Indian Reservation is home to the descendants of the Dakota people, who thrived in Minnesota before they were forced onto the reservation in the 1860s. Crow Creek sits in the center of the state along the Missouri River, and its more than 1,000 square kilometers stretch across three of the poorest counties in the United States.

There’s only one grocery store on the reservation, says Lisa Hope-Heth, but she refuses to shop there.

“A lot of the prices are too high. Some of the meat is not always fresh. And the bread – you know how in some larger stores when bread doesn’t sell and it gets stale, they take it off the shelf? I sometimes think that we get that bread.”

She once worked as a meat cutter, so she knows old hamburger when she sees it. She also recognizes when meat that has been sitting on the shelf too long is reground with slightly fresher meat, then repackaged and put back on the shelf for sale.

When Hope-Heth needs groceries, she must either drive 40 kilometers south to the town of Chamberlain or 100 kilometers northwest to Pierre.

“For people that do not have vehicles, they don’t have that choice,” she said. “They have to go to the local places. If they want to go farther, they have to hire somebody to take them. And they’ll either have to pay $50 for gas for the ride or pay in EBTs and groceries.”

EBTs, she explains, are electronic benefits transfers. The U.S. government’s Supplemental Nutrition Assistance Program provides food benefits to low-income individuals and families. These are transferred electronically and accessed via a plastic credit card.

On Crow Creek and elsewhere in Indian Country, EBTs are used like currency to pay for favors or services. And this means that beneficiaries often run out of food money before the month is up.

In 2014, in an effort to eliminate food insecurity among First Peoples, the First Nations Development Institute (FNDI) began a year-long study on food pricing. They recruited volunteers to monitor prices of basic food commodities such as milk, bread, ground beef and eggs on eight reservations across the country.

“What we found was that the price of food was higher, which is a funny thing, since reservation communities have much lower income and are much more likely to be in poverty,” said A-dae Romero-Briones, an associate director of research and policy for Native Agriculture at FNDI.

At the time of the study, for example, a gallon (3.79 liters) of milk was priced an average of $3.76 in urban centers across America, but one South Dakota grocery store, was charging a dollar more. Similarly, a store in New Mexico was charging Cochiti Pueblo people nearly $1.50 more than the national average price for a loaf of bread.

“We are now in the process of trying to figure out why this is,” Romero-Briones said. “Price tells us a whole lot of different things about the market. The cost of shipping food to remote areas is one likely culprit.”

That may, in part, explain the dearth of fresh fruits and vegetables on Crow Creek.

“You can usually find potatoes, apples or tomatoes,” said Tally Monteau-Colombe, executive director of Hunkpati Investments, a nonprofit group that works to eliminate poverty on Crow Creek. “That’s what they call ‘fresh food.’” Everything else comes in cans.

When Native Americans were driven from their homelands, they lost control of healthful and complex food systems that had sustained them for tens of thousands of years. The U.S. Army provided them with basic commodities — refined wheat flour, salt, sugar and lard, ingredients that were alien to Native diets but went on to become fry bread, a salty, fried dough that is found on reservations across the country, what Romero-Briones calls a “weapon of health destruction.”

“I love the stuff – in moderation, of course. And it speaks to the ingenuity of the grandmas who figured out how to make worthless flour, salt, and lard from commodity baskets into something we now charge $5 or more for at public gatherings,” she said.

Today, at least one third of Native Americans live on reservations and depend on government-issued commodities and inexpensive packaged food, high in fat, salt and chemicals, which has contributed to alarming rates of obesity, diabetes, heart disease and cancer.

Alarmed, Crow Creek, like many tribal communities across the country, is now working to regain control of its food supply. Hunkpati last year launched a fresh food initiative on the reservation to get the community to grow its own produce and promote healthier eating.

“We set up a community garden and orchard, which we hoped would be enough to sustain the community, and hired local youth to take care of the garden,” said Monteau-Columbe.

For a while, the garden thrived, but when funding ran short, they could no longer afford to pay for its upkeep.

“Now it’s defunct. But we still kept the orchard going,” she said.

Today, the tribe is able to harvest its own chokecherries and wild plums, staples of the traditional Dakota diet. Hunkpati has held classes to teach tribe members how to make traditional foods, like wochapi, a thick berry sauce served with game or fry bread, and wasna, a pounded mix of lean dried meat, chokecherries and grains. Portable and packed with protein and natural sugar, it was a mainstay of the original Dakota diet.

The Crow Creek Fresh Food Initiative also provides support to food entrepreneurs and others who want to grow their own food by providing garden kits and plowing and tilling services. It hosts a farmer’s market, selling locally-grown produce at affordable prices, even accepting EBT cards instead of cash. And this summer, thanks to new funding, the group hopes to be able to construct a series of raised-bed vegetable gardens and, if they are really lucky, build a community greenhouse. 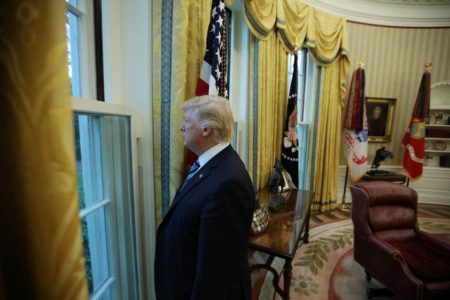