U.S. President Donald Trump said on Wednesday he was considering packaging a $1 trillion infrastructure plan with either healthcare or tax reform legislation as an incentive to get support from lawmakers, especially Democrats.

Trump also said in an interview with the New York Times he may move up the unveiling of a plan to rebuild the country’s deteriorating roads, bridges and tunnels, which had been expected later this year.

Trump was stung by his first legislative push, a failed attempt to roll back former President Barack Obama’s healthcare law, which ended in an embarrassing collapse in Congress two weeks ago.

The White House has tried to revive healthcare talks while also seeking other legislative measures— such as tax reform— that could give Trump a win in the early part of his presidency.

Trump said he wanted to accelerate that roll-out, but provided no timeline.

Trump said Democratic lawmakers “are desperate for infrastructure” and may be more likely to sign on to a Republican-backed tax reform or healthcare bill if spending on roads and bridges were included.

Some of the infrastructure projects may be built through public-private partnerships, Trump said, declining to say how the total spending would split between public and private sources. But he also said that with interest rates low, the government may be better off financing the projects itself.

Trump said he would make an announcement in two weeks about whether he would seek changes to a wage law for federal projects blamed by conservative groups for inflating costs, though he declined to say what the announcement would be.

Conservative groups have pressured the White House on the law, known as the Davis-Bacon Act, which requires contractors on

On tax reform, Trump said he wanted to wait and see what happens on healthcare legislation, which has stalled in the House of Representatives, before setting out details on taxes.

The details of the healthcare bill could determine how much he could cut taxes, he said.

Republicans have been working on a plan to cut the corporate tax rate to 20 percent from 35 percent, end taxing foreign profits for U.S.-based multinationals and cut other tax rates for businesses and investors – as well as simplify and cut personal income taxes. 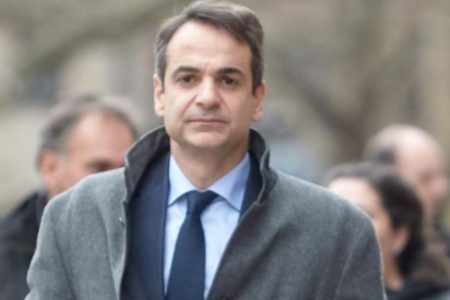 Mitsotakis: ‘New Democracy will win if elections are held in 2017’