Economic growth in Greece will reach 2.2 percent in 2017 and increase to 2.7 percent in 2018, the International Monetary Fund said in its World Economic Outlook report, presented on Tuesday by the Fund’s chief economist Maurice Obstfeld.

However, the economy will cool down by 2022 and growth will stumble, achieving an increase of just 1 percent on the year [2022], the report said. In 2016, the Greek economy will remain unchanged. The Fund said the Greek economy’s capacity to maintain satisfactory economic growth rates in the long-term without high inflation â€“ the so-called potential output â€“ remains very low.

The announcement comes as finance ministers and central bankers prepare to meet this week in Washington for the fund’s annual spring meetings.

Concerning Greece’s external deficit, the IMF says the current account in 2016 showed a deficit of 0.6 percent of GDP, which will be limited to 0.3 percent of GDP this year and will achieve a balance in 2018, so that in 2022 it will turn into a surplus of 0.1 percent of GDP. This performance reflects the Fund’s estimates for an improved competitiveness of the Greek economy, primarily as a result of the ongoing internal devaluation. 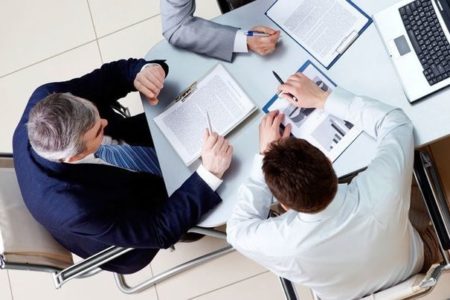 Transactions over €500 only by credit cards