An invitation for Philippine President Rodrigo Duterte, once a fervent America basher, to visit the White House after befriending China solidifies the Southeast Asian country’s first attempt at a foreign policy balanced between two major world powers and aid donors.

U.S. President Donald Trump made the invitation to Duterte by phone Saturday at the end of a summit of 10 Southeast Asian nations chaired by the Philippine leader. Trump said the U.S. government needed more help around Asia with its effort to ease tensions fanned by North Korea, which has alarmed its neighbors with missile tests.

Duterte might decline the invitation because he is too busy, news media in the Philippine media say.

Trump also spoke to the prime ministers of Thailand and Singapore by phone over the weekend and invited both to visit the United States. Thai Prime Minister Prayut Chan-o-cha and Lee Hsien Loong, his equivalent in Singapore, accepted the invitations.

Since coming to office last year, Duterte has courted China, Washington’s main rival in Asia, despite a maritime sovereignty dispute.

Duterte’s agreement to set aside the South China Sea dispute first won favor with Beijing, which claims 95 percent of the sea covering the exclusive economic zones of four other countries, the Philippines among them.

Analysts say Duterte will engage Trump over the long term but sustain ties with China to cement a multi-country foreign policy that helps the Philippines get help from overseas but eases reliance on any one foreign government.

“In essence, the message to Washington is, we are friends again, but our friendship neither comes cheap nor can be taken for granted,” said Fabrizio Bozzato, an associate researcher specializing in international affairs at Tamkang University in Taiwan.

Duterte is likely to take a “more neutral approach towards both China and the United States in attempt to gain the most from both parties,”

Maxfield Brown, business intelligence associate at the consultancy Dezan Shira & Associates in Manila, said, “If Duterte can play his cards correctly, this will likely result in a mounting bidding war between China and the U.S. over influence in the Philippines.”

If he declines the White House invitation, Bozzato said, Duterte may agree to meet Trump at a conference in Asia later this year instead.

Duterte, a notoriously outspoken former mayor of the second largest Philippine city Davao, asked the United States last year to reduce military aid, a break in cooperation established after U.S. colonization of the Philippines ended in 1946.

The Philippines and the United States called off annual joint patrols of the South China Sea, where Beijing and Manila had bitterly disputed rights to a fishery-rich shoal west of Luzon Island.

On Monday Duterte visited a Chinese naval destroyer that he had suggested dock at Davao. He called ship’s arrival the start of more cooperation aimed at “confidence building and goodwill and to show that we are friends,” the presidential website says.

Duterte agreed to joint military exercises with China, possibly in the Sulu Sea where the Philippines is fighting a violent Muslim rebel group, the website says.

“I think that they’re confident about the stability of their relationship at this point,” said Jay Batongbacal, director of the Institute for Maritime Affairs and Law of the Sea at the University of the Philippines.

Duterte is looking as well for allies that will not interfere with domestic policy such as suspected extrajudicial killings as part of the anti-drug campaign, they say.

Countries such as China and Japan, which has also grown closer to the Philippines under Duterte, are less likely to criticize the campaign, which is estimated to have killed 5,000 to 6,000 people.

Trump’s invitation to Duterte brought criticism in the United States for inviting a leader suspected of authorizing the killings.

Some Filipinos are unsure where foreign policy is headed, said Georgina Hernandez, spokeswoman for Philippine Vice President Leni Robredo, who won her office separately from Duterte and is often a critic of government policies.

“Not much has really been talked about as regards to foreign policy of this administration,”Hernandez said. “I believe it hasn’t been discussed in very concrete and practical terms and that is why we don’t get feedback from ordinary Filipinos.” 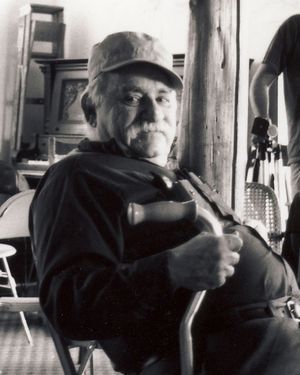