The bomber who struck a concert by American pop star Ariana Grande in the northern English city of Manchester, killing 22 and injuring 59 Monday night, set out to kill and maim as many of the music fans — many of them teenagers and children — as possible, say British police.

The device that exploded as concert-goers started exiting Europe’s largest indoor arena was a ‘nail bomb’ that sent metal shards ripping into the bodies of the music fans.
Security expert Will Geddes, CEO of British security consultants ICP, told reporters that the device appeared to be “a shrapnel-based” one, designed to cause as much injury as possible. “When a bomb goes off it is the shrapnel from the explosion which has the biggest impact which is often why terrorists use bags of ball bearings,” he said.

Witnesses say the ground near the epicenter of the blast was covered with nuts and bolts. Medics on the scene reported as the horror unfolded that they were treating wounds consistent with shrapnel injury.

Criticism quickly mounted of what some concert-goers said was “lax security” at the venue. Some fans said that guards at the entrances to the concert were more concerned about whether they were carrying alcohol on them or water bottles. The Daily Mail reported that one woman complained of the lack of “proper security checks” in a review on the TripAdvisor website of an Ed Sheeran concert last month at the Manchester Arena.

The woman, who used listed herself Anna W, wrote: “’A female security person just scanned our ticket and didn’t check my bag at all. Once we got in and bought a bottle of wine the top is taken off so they r not used as missiles but no check to see if u have any type of weapon/bomb in your bag in these times of terror attacks its not good enough for the crowd or the act on stage. Needs sorting.

Nightclubs, restaurants, bars, vacation beaches and concerts have all been targeted in recent years by Islamic militants in the West, either directed or inspired by the Islamic State terror group, say analysts.

The targeting is partly a matter of convenience, according to counter-terror officials. Like transports hubs, concerts and nightclubs are not always tightly secure and draw large crowds, thereby maximizing the chances for attackers to inflict heavy loss of life as the bomber did on Monday night — and as militants did in November 2015 when they struck a sold-out rock concert at the Bataclan theater in the French capital, Paris, killing more than a hundred.

But jihadist strategists and propagandists also take cruel delight in striking at pop concerts, say analysts. IS propagandists made a point of stressing that the Bataclan concert by the Eagles of Death Metal band had been “precisely chosen” as a target by three suicide bombers because of its immoral nature.

“The targets included the Bataclan theater for exhibitions, where hundreds of pagans gathered for a concert of prostitution and vice,” read a statement released by the terror group after the Paris attack.
Manchester Arena on Monday night presented an “ideal target” for jihadists, says Olivier Guitta, managing director at GlobalStrat, a security and geopolitical risk consulting firm, as it combined music, which is abhorred by the militants, a “U.S. singer, children and teenagers.”

He notes that in the past year-and-half music venues and clubs have been targeted four times by jihadist attackers — “Bataclan, the Pulse nightclub in Orlando, Florida, and the Reina nightclub, Istanbul and now the Manchester Arena.”

And there could have been more if Western security services had not prevented other attacks. In February 2016 a group of IS followers were arrested in France for planning terror attacks on nightclubs.
Attack on ‘Crusaders’

IS supporters were quick after the carnage to celebrate the bombing on social media sites, saying it was as a victory over “the crusaders” of the West.

There were celebrations also on IS channels on Telegram, a social messaging app, prompting Michael S. Smith, a counter-terrorism analyst, to argue that that is a “strong indicator” the attack may be linked to the terror group. IS normally claims responsibility for attacks through their semi-official news channels, often not immediately but normally within 24 hours.

Concert halls were among a long list of targets recommended for attack in the latest issue of the IS magazine Rumiyah.

This is the worst terrorist attack in Britain in more than a decade. In July 7, 2005, four suicide bombers killed 52 people when they struck the London public transport system. After that incident the British government introduced measures to restrict the purchase of materials that can be used to make homemade explosives.

Britain’s interior minister Amber Rudd noted the particular barbarity of the bombing, “deliberately targeting some of the most vulnerable in our society— young people and children out at a pop concert.” She added: “My thoughts and prayers go out to the families and victims who have been affected.”

Oliver Jones, 17, who attended with his 19-year-old sister, told the Guardian newspaper: “The bang echoed around the foyer of the arena and people started to run.”

And Erin McDougle, aged 20, from Newcastle, said: “There was a loud bang at the end of the concert. The lights were already on so we knew it wasn’t part of the show. At first we thought it was a bomb. There was a lot of smoke. People started running out. When we got outside the arena there were dozens of police vans and quite a few ambulances.” 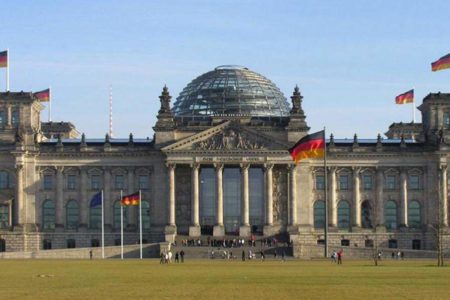