U.S. President Donald Trump on Thursday lectured NATO leaders for spending what he sees as insufficient money on defense, and said the group should be more focused on terrorism.

“The NATO of the future must include a great focus on terrorism and immigration as well as threats from Russia and on NATO’s eastern and southern border. These grave security concerns are the same reason I have been very very direct with Secretary Stoltenberg and members of the alliance in saying that NATO members must finally contribute their fair share and meet their financial obligations.” Trump told NATO leaders in Brussels.

He said 23 of 28 member nations are not paying what they should, something that is is “not fair” to the people of the United States.

Trump also said the recent Manchester bombing “demonstrates the depths of the evil we face with terrorism.”
Manchester intel leaks

Later, at a NATO leaders’ photo shoot, British Prime Minister Theresa May discussed with Trump her concerns over U.S. leaks to the media revealing details of the Manchester bombing investigation, May’s spokesman said.

May had told reporters that the deep defense and security partnership between the U.S. and Britain “is built on trust and part of that trust is knowing that intelligence can be shared confidently.”

In a statement issued by the White House, Trump said the “alleged leaks coming out of government agencies are deeply troubling,” and added “I am asking the Department of Justice and other relevant agencies to launch a complete review of this matter, and if appropriate, the culprit should be prosecuted to the fullest extent of the law.”

Police working on the Manchester case are “furious about the disclosures” and have stopped sharing information with their American counterparts, according to media reports.

The halt to information sharing with the U.S. regarding the Manchester attack will remain in place until assurances are received from Washington that there will be no further leaks, said news reports.

Various U.S. media outlets reported the name of the suicide bomber before it was released by British officials. The reports attributed the source of the bomber’s identity to American officials. The New York Times subsequently published forensic photographs from the attack, which also had not been officially released.
Terrorism fight to top talks

Before meetings this week with NATO leaders, Trump called terrorism the “number one” problem facing the world.

In a meeting Wednesday with Belgian Prime Minister Charles Michel in Brussels, Trump said the United States and NATO will work together to combat “various problems” and pointed to the Manchester attack as an example of the pressing terror threat.

Trump arrived in Brussels Wednesday following talks with the Pope Francis at the Vatican in Rome. Trump said on Twitter after the meeting he is “more determined than ever to pursue PEACE in our world.”
Prior to Wednesday’s meeting with the pope, Trump spent several days touring the Middle East and meeting with Israeli and Palestinian leaders, as well as other leaders in the Muslim world. While speaking to dozens of Muslim leaders in Riyadh, Saudi Arabia, he called for Muslim unity in the fight against terrorism

After participating in the inauguration of a new NATO headquarters and a meeting of the alliance’s leaders, the president will return to Italy, specifically the island of Sicily, for the Group of Seven summit.

May is to cut short her attendance at the NATO leaders’ meeting in Brussels amid a critical-level threat of another terrorist attack in her country. 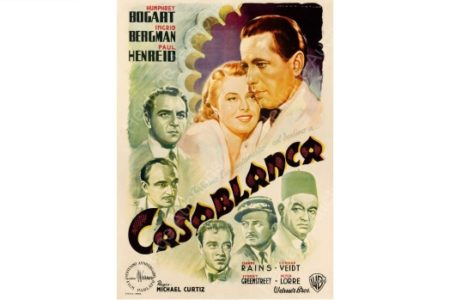