This article titled “Abandoned and abused: the forgotten Syrian refugee children in a Greek island detention camp” was written by Mark Townsend, for The Observer on Saturday 17th June 2017 21.00 UTC

Rasha went missing late afternoon last Saturday. Her peers describe hanging out as normal with the 20-year-old Syrian in the Greek refugee detention camp. Then she vanished. Last Tuesday her friend Amira, 15, received a flurry of images on her phone. Rasha was lying naked in bed with a man. Superimposed upon his head were grotesque cartoon faces and an accompanying message from the anonymous caller: “I promise I will kidnap you also.”

This was far from being the first threat that the teenage refugee from the Syrian city of Qamishli has received since arriving on the Aegean island of Chios six months ago. Existence in the razor-wire-fenced detention centre, a former factory known as Vial, deep within the island’s mountainous interior, is fraught for a child hoping for a fresh start in Europe, preferably the UK.

Fellow refugees intimidate her routinely. “Men say they will attack me, they try and trap us by saying don’t go to Souda [another refugee camp on the island] or go into the town. They say: ‘If I see you there, I will attack you. I will kidnap you and kill you.’”

Amira is among scores of unaccompanied minors on Chios who are eligible to claim asylum in the UK under the so-called Dubs amendment. A year ago the UK government announced it would urgently offer sanctuary to a sizeable proportion of Europe’s vulnerable child refugees, a figure widely understood to be about 3,000 minors until, in February, the Home Office unexpectedly stopped the scheme after helping just 480, one child for every 130,000 UK residents. Not a single unaccompanied minor has been transferred from Greece to the UK under the Dubs scheme.

On Tuesday the last chance to reopen Dubs will be heard in the high court in London, a legal challenge that describes the Home Office’s premature closure of Dubs as unlawful and “seriously defective”.

The three-day hearing holds potentially profound ramifications for Chios, which is separated by a slim strip of water from Turkey, so close that Amira can see its summer homes and factories from the island’s coast. Beyond lie the borders with Syria and Iraq from where each day people board a motley flotilla of rubber boats and dinghies to attempt the short but perilous crossing to Europe’s gateway.

What those that successfully make the crossing quickly encounter could hardly be further from their aspirations of a civilised and safe world. The child refugees of Chios describe being stabbed by local people, police beatings, attacks by the far right, knife fights among drunken adult asylum seekers, and sleepless nights in flimsy tents on pebble beaches.

Most children, Amira included, are too petrified to visit the camp’s toilets at night for fear of abuse. Stranded on Greece’s fifth-largest island and unable to move until permits are processed, some 4,000 refugees are currently housed in its two overcrowded camps. And the situation is about to get seriously worse. In a fortnight the British government will withdraw its funding for mobile outreach teams in Chios. Soon afterwards, the European commission’s humanitarian efforts will be replaced by the Greek government.

Refugee groups claim that the UK, along with the international community, appears satisfied to put Europe’s increasingly forgotten migrant crisis behind it. The Conservatives’ recent election manifesto even raised the possibility of reviewing the “international legal definitions of asylum and refugee status”. The Home Office has yet to send an official to Chios.

For Greece as a whole, which currently has 62,000 stranded refugees, campaigners say that the Home Office employed only one individual with responsibility for the Dubs scheme.

“Chios is at breaking point. But with funding for services on the island coming to an end for many large NGOs, it feels as if Europe is turning its back on the island,” said Alex Green of Help Refugees, one of the few charities that will remain on the island.

The withdrawal of resources from Chios will leave its unaccompanied minors in an even more parlous position. Last Tuesday, Erez – who claimed to be 16 but looked three years younger – had been in the park near Souda, a favourite haunt among child refugees because it is possible to access wifi leaking from a nearby taverna. Shortly after 6pm Erez was approached by three local people who pinned down his slight frame, then one dragged a knife along the inside of his right arm.

Sixteen hours after the attack, his arm lacerated and dotted with globules of dried blood, he was adamant that he would not be involving the police. “They don’t care about us, the police beat us with truncheons. If they see us in coffee shops or away from the camp, they tell us to get off the streets because they are not for us,” said Erez, who wants to make it to London and whose only belongings are a pair of battered flip-flops, a shirt and the shorts that he has lived in since arriving on Chios three months ago.

Erez was attacked close to the precipitous walls that loom above the refugee camp and which have provided an ideal launching pad for far-right groups to indiscriminately hurl rocks and petrol bombs upon the tents below. Some of these assailants are alleged to have links with Greece’s main neo-fascist party, Golden Dawn.

Antipathy towards the refugees is steadily growing, with numerous shopkeepers complaining that their presence is undermining tourism.

Last Thursday night an anti-refugee march through Chios attracted up to 400 local residents.

Tensions flourish elsewhere, particularly among the myriad ethnicities and nationalities that reside cheek by jowl in the camps.

Amira says she has been targeted by men because she dared make friends with non-Arabs. “They threaten to kill or kidnap me because I am friends with people from Afghanistan. They say: ‘You are Arab, so why do you do speak to Afghans?’ I say we all follow Islam, we are all refugees, but they don’t listen.”

Girls and women describe daily life as hazardous. Hidden among the streets behind Souda is the first emergency shelter in Greece for women refugees outside of the camps.

Those who set up the facility describe egregious rates of gender-based violence. Of the 5,000 women and girls who have passed through its doors since July, its founder, Gabrielle Tan of Action from Switzerland, estimates that a majority have endured some form of harassment or violence. Of the single women travelling from Syria via Turkey, 80% are victims. The camps of Chios are chronically unsafe places for women, with no gender segregation making night-time particularly treacherous.

The latest reported incident was at the start of June when a woman was walking to the food queue in Souda and a man attempted to sexually assault her and threatened to rape her. That night six men attempted to break into the hut where she slept.

“There is no safety for them if they don’t have a man in their group. Upon arrival in Greece, we’ve observed they remain extremely vulnerable to exploitation, harassment and gender-based violence in the camps,” said Tan.

Her records identify a correlation of attacks on women increasing when there is overcrowding. Currently Souda holds more than 1,100 refugees, a figure that medical staff on the site say is almost treble the number it can safely hold.

But still women travelling alone arrive – 34 came from Syria last month. One of these, Enas Soan, 30, from Daraa in the south-west of the country, sleeps by herself on the beach because she has heard horror stories from women at Vial and is uncertain of her destiny. “I am stranded, I don’t know where to go or what to do.”

Refugee flows through Greece were supposed to stop when the EU and Turkey announced what was seen as a groundbreaking agreement to stem arrivals in March 2016. For a period it worked, and the 850,000 refugees that had arrived in the country in 2015 were soon replaced by a steady, but determined, influx. But the deal now appears to be faltering.

On Chios, 951 refugees – the vast majority of whom are Syrians – arrived in May compared with 21 deportations and 19 voluntary returns. There are rumours that smugglers in the Turkish port of Izmir are offering discounts.

Dr Angela Kallerpi, of Médecins du Monde Greece, said the health of Souda’s inhabitants was deteriorating fast. She cited a dearth of medicines, a scabies outbreak and a recent mass bout of food poisoning. Investigations found that people had been storing food inside tents during the day because of Ramadan and eating it at sunset, despite the fact that it had gone rotten.

But psychological issues are the biggest concern. Cases of self-harm, mental illness and attempted suicides have reportedly soared. Kallerpi describes children with a latticework of small self-inflicted cuts on their arms. One recent study found that a third of the refugees on Chios were experiencing mental health problems. A Syrian refugee self-immolated himself in March and died. At the end of June, Médecins du Monde will lose its one dedicated psychologist at Souda because of European funding cuts.

For those like Abdul, 17, from Aleppo, it is a significant loss. The teenager is “very stressed” and has not been sleeping well in his tent on the beach. “Everywhere there is danger, drugs. When I leave camp I see dangerous things. The men in my tent get drunk and make me sing in Arabic. If I don’t, they punch me. I see people getting stabbed, blood everywhere. No one can help me.”

Another unaccompanied minor, Ali, 16, also from northern Syria, says that he has witnessed pregnant women being hit. “I don’t feel safe anywhere, in the camp and outside.”

Kallerpi is no doubt that the violence is tied to the sense of stagnation. “It’s getting more dangerous, but at the same time there’s a feeling that the authorities are keen to sweep the entire issue under the carpet,” she added.

Alex Green, of Help Refugees, agreed that, even as the need deepens, the world appeared to be turning its back on the Chios refugees. “For children, especially those travelling alone, this situation is terrifying. It’s unacceptable that these young survivors of war have become victims of politics.”

Amira, who wants to become a doctor – hopefully for the NHS, because she “wants to give health instead of making money” – said she would have never contemplated travelling to Chios if she had learned the truth about the entrance to Europe. “Syria was more dangerous, but I feel worse here. If I’d have known Europe was like this, I would not have come.” 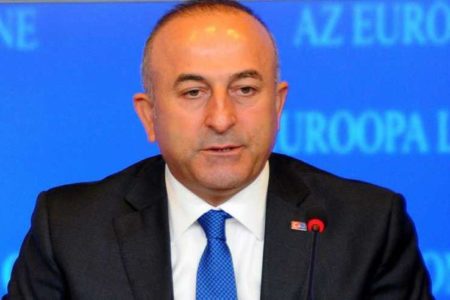