The United Nations is urging rival Greek and Turkish Cypriot leaders to seize this “historic opportunity” to reunify their island, which has been divided since 1974.

U.N. Secretary-General Antonio Guterres was not at the opening session of the resumed Cyprus talks Wednesday, but he sent his personal representative, Under-Secretary-General for Political Affairs Jeffrey Feltman, to deliver a message to the two Cypriot leaders and the guarantor powers in attendance.

“This is a historic opportunity to solve a problem that has been there for decades,” Feltman said. “And, what we heard this morning gave us the hope and the conviction that the leaders and the three guarantors have come to this conference with the determination to overcome the challenges and resolve the issues.”

Guterres will join the talks later this week, according to Feltman.

Special U.N. Adviser on Cyprus Espen Barth Eide called the first meeting encouraging. He said the participants made it clear they traveled to the Swiss mountain retreat of Crans-Montana determined to solve the problems that have been plaguing them for decades.

The question of security guarantees remains the most difficult problem to overcome, according to Eide. However, he said other outstanding issues on territory, property rights, governance and power sharing also need to be resolved, and the United Nations will do what it can to facilitate the negotiating process.

“But at the end of the day, of course, it is the responsibility of the conference participants to go that final mile, to think outside the box, to try out some new ideas, so that we finally can go down from this beautiful Swiss mountain with a plan,” he said.

The conference could be extended beyond the planned ending date of July 7, Eide added. 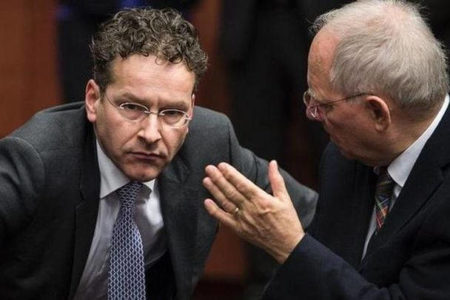