Home / Greece / ‘Patience is running out’: pressure on Turkey and Greece as Cyprus talks open

Representatives from island’s divided communities – and from UK, Turkey and Greece – are meeting as UN signals it will withdraw its troops if talks fail. Optimists believe the bones of a deal could be clinched in three days.

This article titled “‘Patience is running out’: pressure on Turkey and Greece as Cyprus talks open” was written by Helena Smith in Athens, for The Guardian on Wednesday 28th June 2017 10.00 UTC

The leaders of Cyprus’ estranged Greek and Turkish communities have embarked on a defining attempt to reunify the Mediterranean island more than four decades afterit was divided by war.

The conference, which opened in the cool of the Swiss Alps on Wednesday morning, brings all the main players to the table – including representatives from Cyprus’ guarantor powers, Greece, Turkey and Britain – in what is being billed as an arena “for big and lasting decisions”. For all, it will amount to an historic effort to bridge chasms that have remained unbridgeable since 1974, the year that Turkey seized the island’s northern third in response to a coup aimed at uniting Cyprus with Greece.

The UN envoy, Espen Barth Eide, a former Norwegian foreign minister chairing what he has described as open-ended negotiations, said: “It’s a unique opportunity, because after all of these decades of division it is possible, it is possible to solve, and I really hope that this is the spirit by which everybody goes into this meeting.”

Before leaving for the Swiss resort of Crans-Montana, Boris Johnson described the talks as the result of months of hard work, commitment and progress. “It’s an exceptional opportunity for both communities to find a lasting solution for Cyprus, which will bring huge benefits to the whole island and the region,” said the British foreign secretary. With political will, creativity and flexibility, a deal could be reached, he said.

Johnson returned to Britain on Wednesday morning after taking part in preliminary meetings and a working dinner on Tuesday night, a British spokeswoman said.

Related: In Nicosia, the world’s last divided capital, a spirit of reconciliation is stirring across the fence

Piling the pressure on Nicos Anastasiades and Mustafa Akıncı, the island’s Greek and Turkish leaders respectively, to come back with a solution, citizens from Cyprus’ rich ethnic mosaic – including Maronites, Armenians and diaspora Cypriots – have been forming human chains across the UN-patrolled buffer zone that bisects Nicosia, symbolically uniting the island when politicians have failed to do so.

Speaking from the divide, Esra Aygin, a Turkish Cypriot, told the Guardian: “These two men were elected on promises to unite the island. For two years they have been talking. They’ve made unprecedented progress, unmatched in so many ways, and they know what a solution will look like. Now they have to take the last steps and seal the deal.”

Never before has time been as pressing. After 50 years of monitoring the peace, the UN has taken the unprecedented step of signalling it will end the island’s peacekeeping mission, UNFICYP, if talks collapse again. The force is the world’s longest-running peace operation. This month Australia made the first move, announcing it was pulling out police officers from the operation and redeploying resources to the Asia-Pacific region “to enhance stability closer to home”.

“Patience is running out,” said one well-placed western diplomat. “The new UN secretary general [António Guterres] is taking a firmer stance than his predecessor and has indicated in no uncertain terms that this can’t go on forever. There are other more pressing places the UN can be.”

It is hoped the threat of withdrawal will help concentrate minds. With an estimated 40,000 mainland Turkish troops stationed in the island’s breakaway north, the UN blue berets have provided a sense of security for Greek Cypriots who emerged as the biggest losers in 1974 when hundreds of thousands were evicted from their homes overnight.

Optimists believe the bones of a deal could be clinched in three days. The leaders, insiders say, could then flesh out details in subsequent discussions. Guterres is expected to attend the conference on Friday with some hoping an “agreement in principle” could even be announced then.

But even the hardiest optimists concede that the challenges are immense. Any accord will be put to public vote for approval and would require the support of Greece, Turkey and the UK, which retain the right of military intervention in the event of ethnic strife, to replace treaties drawn up in 1960 when the then crown colony won independence from the British.

While the UK and Greece regard the guarantor system as antiquated and want it abolished, Turkey, which views the invasion of Cyprus as one of its most successful military operations, has been digging in its heels. The continued presence of Turkish military personnel in the north is by far the biggest obstacle to Anastasiades, who heads the island’s internationally recognised government, accepting a deal.

“Everything hinges on the issue of security and guarantees,” said Hubert Faustmann, professor of history and political science at the University of Cyprus. “The Greek Cypriots need a very good agreement on security for this conference to be successful. If there’s a continued form of Turkey as guarantor, and no time limit, or sunset clause, for the presence of Turkish troops, Anastasiades will not condone it.”

Other issues under discussion in an envisioned federal republic – territory, governance and power-sharing, economy, property rights and the EU – have been largely settled.

Behind-the-scenes, British diplomats have also been working feverishly to facilitate a deal.

The UK has offered to cede almost half of its sovereign base areas – overseas territories that include listening posts and installations – to a united Cyprus and, privately, has been pressuring Turkey to accept a solution where, in lieu of a troop presence, a multilateral force, run by either the EU or UN, is mobilised to act as guarantor.

Related: Peace in Cyprus is possible. We Cypriots just have to decide to want it | Fadıl Ersözer

Ankara has suggested it will propose reducing troop numbers by 80% at the conference but has called a full withdrawal “unrealistic”.

“Overall there is a sense that Turkey does want a deal. It knows it could gain a lot of goodwill out of it,” one well-briefed source said. “It’s going to require patience. The Turks tend to stick to their guns until very late in the day.”

If progress is made it would allow the Greek Cypriots to make further concessions on power-sharing arrangements and property rights – issues that are important to the Turkish Cypriot minority whose state, acknowledged only by Turkey, is increasingly feeling the effects of international isolation.

Presidential elections in the Greek-run south next February have added further pressures. “If an agreement isn’t finalised in the next four to six weeks, before the summer and election campaigning begins, it will be too late,” Faustmann said.

More than ever Cyprus has two leaders who want a solution. And, unlike 2004 when the UN brokered what was then seen as the most sophisticated reunification attempt ever, negotiations, this time, have been exclusively Cypriot-led.

But now the moment of truth has arrived – one that will keep the island embittered and divided or united in harmony and trust.

“The stage is set for big and lasting decisions,” wrote the Cyprus Mail in an editorial crystallising what is at stake.

“The two sides will have to choose whether to make the compromises that will ensure a common future in a shared country or to go their separate ways.”

In which case partition would be made permanent with everything that divide would mean. 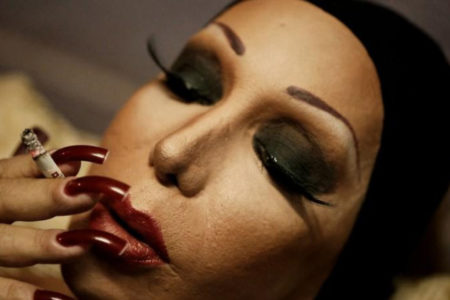 One Comment to: ‘Patience is running out’: pressure on Turkey and Greece as Cyprus talks open