Scientists have developed a skin patch that may soon take the “ouch” out of being vaccinated.

Every year, in the United States, less than half of the adults who should get a flu vaccine actually get the shot. That’s a problem because while most people tend to think of influenza as a mild disease, the infection can be deadly, especially in the elderly, young children and people with compromised immune systems.

To help raise that percentage researchers have developed a self-administered skin patch to protect against seasonal influenza as well as a shot. Researchers who developed the vaccine patch said it has a lot of advantages over an injection.

Nadine Rouphael was principal investigator of the patch at Emory University School of Medicine in Georgia where she’s a professor of infectious diseases. “The patch looks more like a Band Aid, like a nicotine patch, and then it has multiple very small needles that contain, in this case, influenza vaccine. Those microneedles completely dissolve into the skin and there will be no sharp waste afterwards,” said Rouphael.

The flu vaccine is currently administered by an injection into the muscle of the upper arm. It is painful and can leave some redness and swelling, which is why an estimated 60 percent of adults do not get immunized against seasonal flu.

In the first human clinical trial of the patch at Emory’s Hope Clinic, 100 participants aged 18-49, tested the effectiveness of the vaccine patch.

The trial, reported in the journal The Lancet, took place in June 2015. None of the participants had received a flu vaccine during the previous influenza season. The participants were divided into four groups. In one group the patch was administered by a health care provider, in the second it was self-administered by each participant, a third group received the vaccine via injection and a fourth group got a placebo.

Rouphael said the patch, whether it was put on the skin by a health care provider or by the participants, was as safe and effective as the intramuscular injection. Side effects were limited to mild redness and swelling that lasted for a few days. More importantly, the researchers found the immune responses were present in both the patch group and those who received the injection six months later, meaning they offered comparable protection.

Rouphael added the participants who used the patch liked it. “We do have a lot of people who are typically scared of needles and they were more prone or more excited as being part of this clinical trial so they could try the microneedle instead.”

The patch would only have to be put on the skin for a few minutes and then thrown away. Rouphael said 70 percent of those who received the patch in the trial indicated they would prefer it over an injection.

Because it does not need refrigeration, Rouphael said the patch could be bought off a store shelf or mailed to patients. The fact that it is painless, said Rouphael, means more people are likely to get vaccinated against the seasonal flu virus. The patch’s manufacturer, Global Center for Medical Innovation in Atlanta, is investigating using the device for other vaccines, including for measles, mumps and rubella. 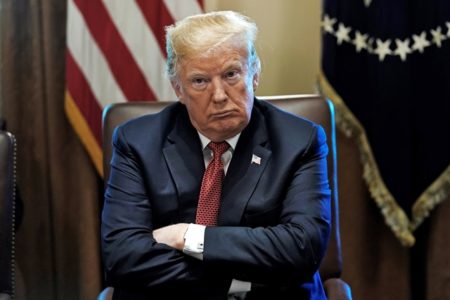