Home / World / War and violence drive 80% of people fleeing to Europe by sea, not economics

Report challenges economic migrant myth, revealing that most of those making perilous sea crossing were forced from their homes by persecution and fear

This article titled “War and violence drive 80% of people fleeing to Europe by sea, not economics” was written by Hannah Summers, for theguardian.com on Friday 7th July 2017 15.59 UTC

The vast majority of people arriving in Europe by sea are fleeing persecution, war and famine, while less than a fifth are economic migrants, a report published on Friday reveals.

More than 80% of an estimated 1,008,616 arrivals in 2015 came from refugee-producing countries including Syria, Afghanistan and Iraq, and a quarter of that number were children.

Researchers say the findings challenge the myth that migrants are coming to Europe for economic reasons.

The study is based on 750 questionnaires and more than 100 interviews carried out at reception centres in Greece, Italy and Malta. It highlights the abuse many have faced, with 17% experiencing forced labour. Half of those questioned had been arrested or detained during their journeys.

Professor Brad Blitz, who led a research team from Middlesex University London, said the findings made it clear that people had complex reasons for coming to Europe.

He said: “Governments and certain media organisations perpetuate the myth that the ‘pull’ factors are stronger than the ‘push’ factors with economic reasons being the key catalyst – but we found the opposite.

“The overwhelming majority of people we spoke to were coming from desperately poor countries but also places where they were subject to targeted violence or other concerns around family security. They had no other option.”

War was the biggest “push”, and given as the reason for leaving their homes by 49% of those questioned in Greece, and 53% of those in Malta.

One Syrian said: “I used to live with my wife in Idlib. We had a normal life there until the outbreak of war. Our house was bombed and we lost everything, we hadn’t any option but to leave.”

In Sicily nearly a quarter cited war as the reason for fleeing while 49% said persecution was the driving factor. Only 18% across the three countries made the move for economic reasons.

The report, Mapping Refugee Reception in the Mediterranean, states: “Fear and insecurity drove our participants to Europe in large measure, though a minority reported that they had come for purely economic reasons and even fewer for personal or post-materialistic reasons like travel or study.”

The picture of how people reached Italy, Greece and Malta is more complex, with many of those surveyed saying they had no control over their final destination.

The study, funded by the Economic and Social Research Council and the Department for International Development, stated this was most often the case among those who had taken the central Mediterranean route via Libya.

Some west Africans planned to find work in Libya, believing it to be a relatively stable country, but found themselves in desperate conditions. A man from Ivory Coast had spent nearly two years in a Libyan prison, while a Guinean said his documentation was destroyed and he was jailed for two weeks. He said: “I had no clue that in Libya people were being imprisoned, killed and tortured.”

Others were detained upon arrival in Europe. Living conditions were generally better in Italy but even with legislation in place to protect migrants, there was found to be no uniform reception system. Asylum seekers tended to be placed in emergency shelters of varying standards.

Judith Sunderland, of Human Rights Watch, said there were big differences in who was reaching where, with the majority of those arriving in Greece having a more obvious refugee profile because of their countries of origin.

Sunderland said: “This is not the case in Italy but that doesn’t mean the refugees aren’t vulnerable. They include victims of trafficking and unaccompanied children.”

She said many of the refugees arriving by boat were from countries that were not naturally thought of as having protection needs. “Many are coming from Libya, which is a hellhole for migrants and asylum. It’s a country riddled with conflict and they face torture, forced labour and sexual violence. People go there to work but are later forced to flee by sea because of extreme abuses.”

Many have secured humanitarian visas in Italy because of their experience in Libya rather than in their home countries.

Sunderland added: “Everyone should have the right to apply for asylum and to have that application carefully examined.”

But reception centres are overwhelmed by the numbers and only 10% of participants in the study had achieved refugee status. 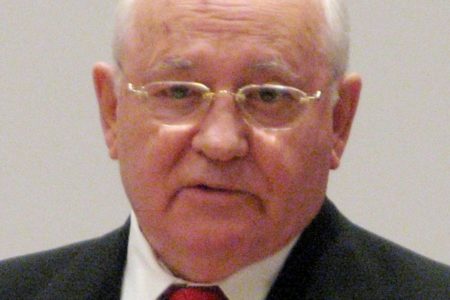