With less than 20 days to the August polls Kenya is grappling with an increase in fake news.

The study by researchers from the communications consulting firms Portland Africa and GeoPoll reveals that 90 percent of Kenyans have seen or heard false news about this year’s elections. The survey was conducted in May this year and around 2,000 respondents countrywide of various ages, genders, religions and ethnicities participated.

John Murunga from GeoPoll says most Kenyans trust the media as their primary source of credible news with about 76 percent saying that information gathered from television is accurate. He says that using a multi-channel approach could be a way of countering fake news in the country. However, he notes that misinformation deprives the electorate crucial information to make informed decisions.

And the stakes could not be higher this election season. This past April residents in Busia, in Western Kenya, woke up to news that a leading opposition contender in the county’s primaries, Paul Otuoma from ODM, had defected to the governing Jubilee coalition.

The “fake news” was carried on leaflets made to resemble the Daily Nation. a leading newspaper in the country. The area is largely dominated by the opposition coalition checkers.

Dorothy Ooko, Google’s communications and public affairs manager for East & Francophone Africa, says the electorate and businesses ought to be aware of fake news and develop mechanisms for dealing with the same.

Ooko says the challenge lies in accuracy and speed at which the news is disseminated. Google, she says, has put in place systems to ensure users find correct information on its site by working with fact.

“Our job is really to present news, to present information and make it accessible and relevant,” she said. “They are the ones who are able to determine to verify whether it’s truth or not, and then we are able to label that to guide the user who comes online to see that this has been fact checked its roughly news. It’s 80 percent factual and therefore it gives you, the user, confidence that information has been verified and that labelling has really helped people.”

Alphonce Shiundu from Africa Check, a non-profit and non-partisan organization that aims to improve fact checking and news gathering, spoke to VOA on the rising trend of fake news in Kenya. Shiundu says that fake news is a global phenomenon and Kenyan media is not an exemption.

“We do spot checks on fake news,” he said. “If something is going viral we check. If we see something that doesn’t sit right we check and find out if it’s true or if it’s false and we put that information out there. We have partnerships with Google and Facebook so that when we put this stuff up the algorithms in the system bring the search for the fact checks higher in the search results.”

According to a recent report by the content delivery network Akamai, Kenya is ranked as the fourteenth fastest out of 130 countries in terms of mobile internet speed. Most fake news, the report says, is published on Facebook, Twitter and Whatsapp.

The rise of bloggers in Kenya according to the report is seen as a worrying trend in the fight against fake news. The Bloggers Association of Kenya (BAKE), which begun six years ago, brings together around 9,000 Kenyan bloggers and content creators.

Last March the Media Council of Kenya (MCK), the body tasked with ensuring professionalism in Kenyan media, released the guidelines for elections reporting.

Victor Bwire, the deputy chief executive officer and programs manager at the council, says since then about 2,700 journalists have been given training in accurate and factual reporting.

The report notes that 35 percent of those interviewed say they are not able to access and verify credible information about the elections.

Kenyans will have their say at the polls on August 8. 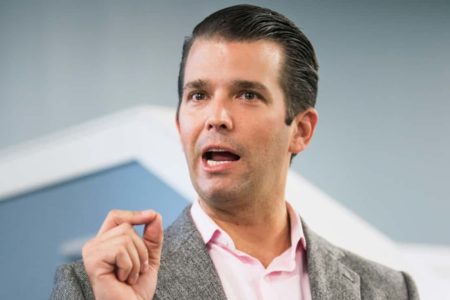