Posted on July 21, 2017, 5:37 am
4 mins
ATHENS, GREECE — A powerful earthquake sent a building crashing down on tourists at a bar on the Greek holiday island of Kos and struck panic on the nearby shores of Turkey early Friday, killing two people and injuring some 200 people.

Rescue authorities said two men from Turkey and Sweden died in the collapse at the White Corner Club when the 6.5-magnitude quake struck at about 1:30 a.m., rattling Greek islands and the Turkish Aegean coast in a region where seismic activity is common. The dead vacationers were not named.

Hundreds of revelers were in or near the popular White Corner Club in the old town of Kos when the building partially collapsed.

At least five other people were seriously injured on Kos as tourists and local residents scrambled out of buildings, some even leaping from balconies. Five of the injured were being taken by helicopter to a hospital on the island of Crete, officials said.

Kos’s old town area, full of bars and other nighttime entertainment, was littered with fallen bricks and other debris. The island’s hotels had broken glass and other damage, leaving hundreds of tourists to spend the rest of the night outdoors, resting on beach loungers with blankets provided by staff.

“The instant reaction was to get ourselves out of the room,’’ said Christopher Hackland of Edinburgh, Scotland, who is a scuba instructor on Kos. “There was banging. There was shaking. The light was swinging, banging on the ceiling, crockery falling out of the cupboards, and pans …

“There was a lot of screaming and crying and hysterics coming from the hotel,’’ he said, referring to the hotel next to his apartment building. “It felt like being at a theme park with one of the illusions, an optical illusion where you feel like you’re upside down.’’

Other buildings damaged included an old mosque where a minaret collapsed and a 14th-century fortress at the entrance to the main port. Coastal roads were flooded. Minor damage — cracks in buildings, smashed windows and trashed shops — appeared widespread.

Rescuers were checking for trapped people inside houses after the quake struck in the middle of the night and were heading to outlying villages to check for damage. Ferry service was canceled until daylight because Kos’s main port was damaged.

Turkish authorities said some 70 people were treated in hospitals in the resort of Bodrum for minor injuries, mostly sustained during panicked flight from their homes. But damage was light and they expect life will soon return to normal.

Hotel guests briefly returned to their rooms to pick up their belongings but chose to spend the rest of the night outside, with some using sheets and cushions borrowed from nearby lounge chairs to build makeshift beds.

Several Greek government ministers, as well as rescuers with sniffer dogs and structural engineers traveled to Kos overnight to coordinate the rescue effort. The British Foreign Office warned travelers of the possibility of aftershocks, urging them to follow the advice of the local authorities.

Greece and Turkey lie in an especially earthquake-prone zone. 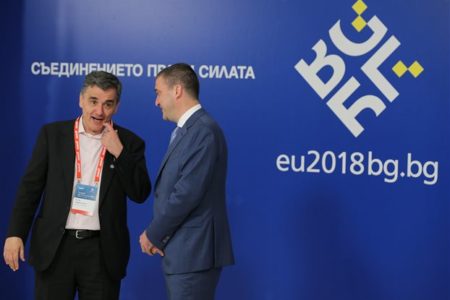