Ilir Meta took the oath of office as the new president of Albania in front of the country’s legislature on Monday.

Meta was elected to the largely ceremonial post in late April by members of parliament, who gave him 87 out of 89 votes. The balloting was boycotted by the opposition, which had left the legislative body to protest of the Socialist Party government of Prime Minister Edi Rama.

Meta, 48, is a veteran politician who has served in several governments since the collapse of communism in the early 1990s. He has served twice as deputy prime minister, as well as foreign minister, and he took charge of the government in 1999, when he became prime minister at the age of 30.

His formal inauguration ceremony was scheduled to take place later Monday at the presidential offices, where Meta will take up his largely ceremonial responsibilities as head of state.

Meta became involved in politics as a member of the newly minted Socialist Party in the 1990s. In 2004, he split from the Socialists to form and lead the Socialist Movement for Integration (LSI), which established him as a maverick player on the political scene. Known for unpredictable alliances, he has maintained a king-maker role by becoming the second partner in several government coalitions.

He was the country’s speaker of parliament until Monday, when he assumed the role of head of state of Albania. 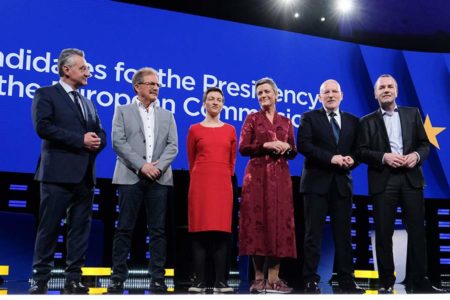