President Donald Trump appears to have mistakenly retweeted a message from one of his critics saying “he’s a fascist.”

Trump deleted his retweet Tuesday after about five minutes, but not before the message sent to his 35 million followers racked up a big response.

Trump seems to have been trying to draw attention to a Fox & Friends article on a possible presidential pardon for former Phoenix-area Sheriff, Joe Arpaio, who was convicted of a crime for ignoring a U.S. court order to stop traffic patrols that targeted immigrants.

A Twitter handle identified as “@MikeHolden42” tweeted to Trump “He’s a fascist, so not unusual.” The user suggested in subsequent tweets that he was calling Trump a fascist, not Arpaio.

Trump retweeted the message to his massive following, triggering an avalanche of replies. @MikeHolden42 responded: “I’m announcing my retirement from Twitter. I’ll never top this RT.” He later updated his description on Twitter as “Officially Endorsed by the President of the United States.”

On Tuesday, Trump also retweeted and deleted a cartoon showing a train labeled “Trump” running over a man with “CNN” covering his face Monday morning.

The retweets come after a national uproar over race-fueled clashes in Charlottesville, Virginia. It took two days of public equivocation and internal White House debate before the president condemned white supremacist groups by name on Monday, declaring “racism is evil.”

Posobiec’s tweet read: “Meanwhile: 39 shootings in Chicago this weekend, 9 deaths. No national media outrage. Why is that?”

Was Charlottesville violence a hate crime or terrorism? 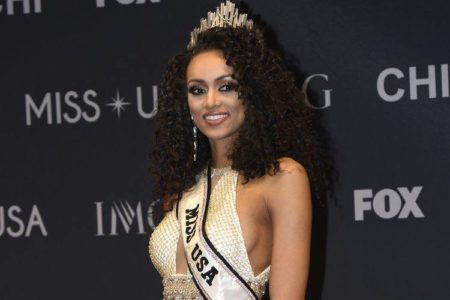