BERLIN — The influx of over a million asylum-seekers into Germany in 2015 is widely seen as driving the upsurge in support for the anti-immigrant Alternative for Germany or AfD party, which gained 13 percent of the vote in Sunday’s election. The government hopes to stem that rise by integrating the refugees as quickly as possible.

Among the wave of asylum seekers entering in 2015 was 24-year-old Dilshad. He fled his hometown of Sinjar in Iraq as Islamic State swept across the region. After struggling to find permanent accommodation, is now living in a shelter for the homeless.

He says he’s not bothered by the rise of the far right.

“After coming from Iraq, where there was fear, Germany is not a place where there is fear. It follows democratic principles. I thank ‘Mama’ Merkel on behalf of myself and all the refugees,” he told VOA in an interview.

On the street outside the shelter in the eastern outskirts of Berlin, Alternative for Germany campaign posters still hang from the lampposts. One shows a pregnant white woman — the caption declaring “New Germans? We’ll make those ourselves.”

Gesa Massur, who helps manage the homeless shelter, says Dilshad is lucky — there are many other young refugees neglected by the state.

“I think this is really dangerous because maybe some young men, they don’t know what to do and they get on a bad way,” she said.

New migrants are trying to help one another stay on the right path. A government program called “multaka” or ‘meeting point’ in Arabic, trains Syrian and Iraqi migrants to act as guides in Berlin’s museums. They teach fellow refugees about Germany — and how to build a new life.

“It’s not about what’s inside the museums. It’s about who is making the tour, and what kind of reaction, what kind of interaction there will be between the people. We’re telling what we learned as a newcomer,” says Tony Al-Arkan, a qualified architect from Damascus who came to Germany as a student.

“Germany after the Second World War was completely destroyed,” she noted. “How the Germans rebuilt their country is a very important lesson for us to learn. Right there, there’s an object from Damascus. When people see that their culture is being shown in museums, this gives them the feeling that their culture is being respected. Without that, integration is impossible.”

Through programs like those at Berlin’s museums, the government aims to integrate the refugees as fast as possible.

The scale of the task may seem overwhelming. For newcomers like Tony and Salma, the solution lies not only in support from the state, but with the migrants helping each other. 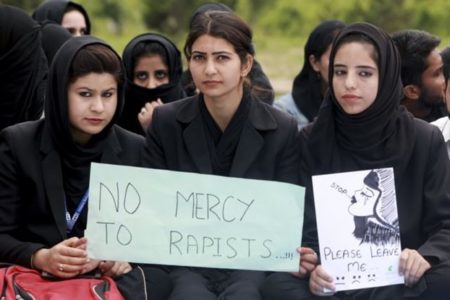