This article titled “Greece passes gender-change law opposed by Orthodox church” was written by Helena Smith in Athens, for The Guardian on Tuesday 10th October 2017 16.39 UTC

Greece’s leftwing government has passed legislation enabling citizens to determine their gender identity amid fierce condemnation from the Orthodox church and accusations the law would “destroy human beings”.

After two days of highly charged debate, the prime minister, Alexis Tsipras, rallied parliament to endorse policies that would permit people to legally change their gender on all official documents without undergoing sterilisation.

Related: There are reasons to be cheerful … LGBTI rights gains in unlikely countries | Peter Tatchell

The law, which was passed with 171 votes in favour and 114 against, had exposed political divisions and entrenched beliefs in one of Europe’s most socially conservative societies. It will allow trans individuals to affirm their desired gender from the age of 15 and brings Greece in line with most EU member states.

“No tradition, no religion, no perception of family requires citizens to remain on the margins or be pushed into institutional and social oblivion,” Tsipras told MPs before the vote.

The legislation, he said, was aimed squarely at ending the marginalisation of people whose perceived gender identity did not correspond with that assigned at birth.

“What God is it that has us take decisions that push children into [situations of] bullying, humiliation and suicides?”, he asked.

Almost the entire political opposition, with the exception of the small, centrist To Potami party, rejected the proposed bill.

Rescinding an earlier pledge to back the legislation, Kyriakos Mitsotakis, who heads the centre-right New Democracy party, said that while every person had the right to self-determination it was wrong to extend such life-changing decisions to people under the age of 18.

“For such a decision, maturity is required which only age can guarantee,” he said. “It makes no sense to us that a 15-year-old, who is prohibited from consuming alcohol, is allowed to take such an important decision … a decision that should be taken with medical expertise.”

It was also opposed by the powerful Greek Orthodox church, which had denounced the legislation as “a satanic deed” that would lead to “the destruction of social cohesion and the spiritual necrosis of man”.

Bishops, echoing the view of the neo-fascist Golden Dawn party, argued that the law had an ulterior aim: to allow same-sex couples to adopt children. “The ultimate goal of this law is to allow homosexuals to adopt children,” Metropolitan Nicholas of Phthiotis told parishioners.

“Do you see how far these Greek Orthodox deputies have sunk? They have brought blasphemy upon the human body. Today they tell us that God did not create man and woman … every man can easily become a woman, and every woman a man. It is a satanic deed.”

Previously gender could only be changed in cases where gender dysphoria was diagnosed and reproductive organs removed.

“This is about human and civil rights,” Nikos Xydakis, a leading member of the governing Syriza party told the Guardian. “It is about humanity, solidarity and dignity.

“There are times when politicians have to be more progressive than society and I am delighted that Greece will now be among the most liberal EU countries on this issue.”

A former EU foreign affairs minister, Xydakis said he had been shocked by the testimonies of trans people who had come forward when the bill was discussed in draft form at committee level.

“What we heard were stories of existential drama, of very vulnerable people being forced to live in the dark. It reminded me of the ridiculous divorce laws that existed in this country where you literally had to find your spouse in bed with someone else to legally split,” he said.

Members of Greece’s trans community gathered outside parliament to hail the bill’s passage. On Monday, as debate reached fever pitch and Orthodox faithful deplored the move as deviant and depraved, supporters unfurled a large banner outside the sandstone building that declared: “Transgender rights are human rights.”

For campaigners the bill is long overdue. Bullying and discrimination – commonplace in schools – has reportedly soared among trans children with teachers complaining of a lack of support and information to combat it.

Nancy Papathanasiou, a clinical psychologist, who oversees an LGBT helpline in Athens, said gender recognition was often a matter of life and death for those who called in.

“We get calls from people all over Greece and every age,” she said in an interview. “Among the older generation, in the countryside, people call in saying, ‘only now can I understand what I am feeling, that it has a name.’”

Experts had been shocked by the number of pleas for help from people in large metropolitan areas. “We expected most calls to come from the countryside but around 50% are made from urban areas because of the lack of support and health services in place.

“This is a brave new world in Greece. For the first time, we are talking openly about things that no one dared talk about.” 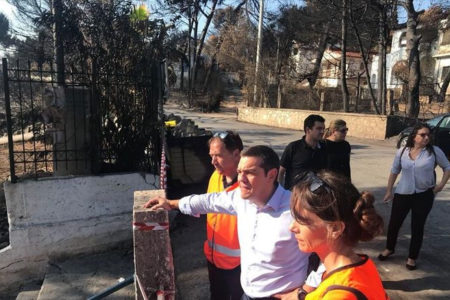