ATHENS, GREECE — Rescue crews scoured floodwaters Thursday for residents missing after flash floods cut a swathe of destruction near the Greek capital, killing at least 16 people and tossing cars into buildings like toys.

The hardest-hit area from Wednesday’s flooding was Mandra, a modest working-class district on the western outskirts of Athens. Most of the fatalities occurred there. Authorities said about 500 homes and businesses were damaged in the area.

The disaster was among the worst to hit the Greek capital in decades, and the government declared a day of national mourning. Flags across the country flew at half-staff Thursday, including at the ancient Acropolis landmark in Athens.

Wednesday’s flash floods, which came after a severe overnight storm, turned streets into raging torrents of mud and debris, carried away vehicles, collapsed walls of houses and businesses and submerged a section of a major highway.

Four people remained missing Thursday night, the fire department said after crews recovered the body of a man from the flooded basement of his home in the nearby Nea Peramos district. Two other missing men were found alive earlier in the day.

Those still missing were reportedly all motorists, and search and rescue efforts were concentrating along the flooded highway.

Twelve of the 23 people injured remained hospitalized, including an 82-year-old woman listed as being in serious condition in an intensive care unit, the National Health Operations Center said.

Residents of the worst-hit areas struggled to clean up the devastation.

Cars upended by the torrents lay piled on top of each other or flung against buildings. Some houses and businesses with collapsed walls had their interiors exposed to the elements. Rubble, twisted metal, household goods and smashed vehicles lined the roads.

“As you can see, everything is a mess,” Mandra resident Katerina Sideri said.

More storms lashed the Greek capital on Thursday, temporarily severing traffic on one of Athens’ main central avenues, although they did not cause flash floods.

Nearly all the injuries and fatalities occurred in Mandra and the surrounding area. Twelve of the dead were found there, while the coast guard recovered the bodies of two men who were swept out to sea by the flood.

The ages of the people killed ranged the mid-30s to the 80s. Most drowned, a coroner at the hospital told local reporters, while some appeared to have been struck by debris. The victims included a truck driver swept away by floodwater, a hunter and several people who died in their flooded homes.

Local municipalities provided hotel rooms for those left homeless. The Merchant Marine Ministry said it was making arrangements for a cruise ship to provide temporary accommodation. It also said plans were being made with Greece’s army and navy to provide water tankers to supply clean water to residents.

The fire department said Thursday it had received 660 calls for help to pump water from flooded homes and businesses since Wednesday morning, while it had rescued 88 people trapped in houses and vehicles.

Separately, the fire department said that following heavy rainfall around the northern town of Katerini, near Mount Olympus, it had received 300 calls for help. 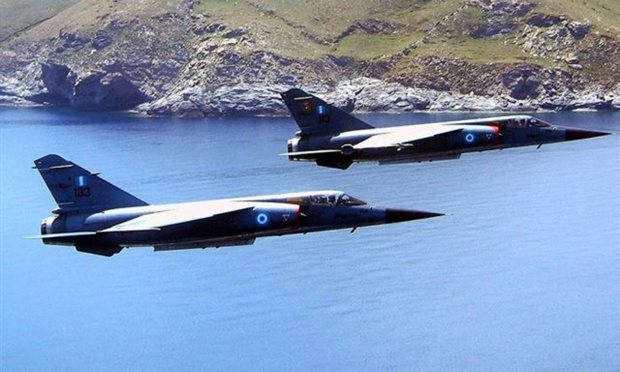