The Greek government has announced it will abide by any EU embargo on Saudi Arabia as it faces criticism over a controversial arms deal, including from its own MPs.

This article titled “Pressure on Greece to scrap arms deal with Saudi Arabia” was written by Helena Smith in Athens, for theguardian.com on Thursday 30th November 2017 05.00 UTC

The Greek government has announced it will abide by any EU embargo on Saudi Arabia as it faces criticism over a controversial arms deal, including from its own MPs.

As cracks appeared in the leftist-led coalition over the €66m weapons agreement with the kingdom, the administration’s spokesman said Athens would apply the law “by the letter” if EU sanctions were announced.

“We are waiting to see the decisions of the European parliament and will act accordingly,” said Dimitris Tzannakopoulos. “The process is frozen.”

Mounting tensions within the ruling Syriza party have matched international condemnation of the agreement by human rights groups. Amnesty International has said the munitions could end up being used by the Gulf state in its war against neighbouring Yemen, where civilian populations have borne the brunt of the conflict.

“[We] call on Greece to immediately rescind the sale and transfer of military equipment to Saudi Arabia and to refuse approval of the transport of every type of conventional weapons, ammunitions and war material to point of conflicts in Yemen,” the rights group said.

Prominent members of the ruling Syriza party have questioned the morality of selling arms to Saudi Arabia, and on Tuesday the Greek parliament’s military procurements committee also hinted it may scrap the deal.

“Greece is a hub of stability, peace and friendship in the greater region and that is what it should be exporting,” the former deputy European affairs minister Nikos Xydakis told the Guardian. “There is no need for this [deal] to go through and frankly when we’re talking about €66m, not €66bn, it isn’t worth the trouble. It’s not the sort of money that will save Greece.”

Related: ‘Only God can save us’: Yemeni children starve as aid is held at border

Last week the interior minister, Panos Skourletis, a senior member of the ruling party’s hard left, expressed fears that the weapons transfer could be used to enable human rights abuses in a Yemen.

“Obviously, every country has a right to exploit its surplus munitions, but we need to be much more careful,” he told the state TV channel ERT. “A country of Greece’s size cannot sell weapons without caring how they will be used.”

Anger over the government’s handling of the sale has exacerbated tensions, with opposition parties on the left and right criticising the agreement’s apparent lack of transparency. Accusations of impropriety have prompted calls for the resignation of the defence minister, Panos Kammenos, who heads the small nationalist Anel party, Syriza’s junior partner in government.

With the prime minister, Alexis Tsipras, controlling 153 seats in the 300-seat parliament, the government depends on Anel’s nine MPs. Tsipras’s robust defence of Kammenos in a hotly contested parliamentary debate on Monday has done little to dispel the questions surrounding the deal.

Recently, Greece’s supreme court prosecutor ordered an investigation into the arms sale amid allegations that Kammenos had contravened government legislation by clinching the sale through a private businessman acting as a middleman on behalf of Riyadh. Leaked documents published in the Greek media identified the mediator as Vassilis Papadopoulos, the owner of a private munitions company and a convicted arms smuggler.

Addressing MPs, the defence minister vehemently denied the charges, saying: “It is a government-to–government deal and there are no intermediaries.”

Tsipras backed him saying Athens has received assurances from the Saudi defence ministry that Papadopoulous was authorised to represent Riyadh. The opposition was deliberately trying to destabilise the government, he claimed, by manufacturing a scandal.

Under Greek law mandated by international creditors as part of an anti-corruption drive after the country’s near economic collapse, the use of mediators in major government contracts is illegal.

Syriza emerged from the margins of Greek political life vowing to stamp out corruption. The allegations have hurt its moral standing, though analysts say that with other western countries, such as the UK, rushing to profit from similar arms deals with Saudi Arabia, Greece is being pragmatic.

“For a government of the left this is not one of its brightest moments,” said Thanos Dokos, who heads the Athens-based thinktank Eliamep. “For supporters of Syriza this whole story has been a great blow to the moral high ground the administration has had.”

Athens to welcome New Year with celebrations in Thisio 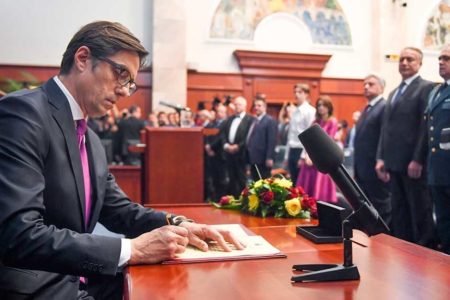