“This is just basically about a kleptocracy protecting itself, he said, adding that the Russian government is seeking to distract from misery and decline at home by attacking the West.

“And so I’m vastly oversimplifying, but I think there’s a basic decision that they cannot compete against a unified West. I think that is [Russian President Vladimir] Putin’s judgment. And so everything he can do to dismantle the post-World War II liberal world order, including NATO and the EU, I think, is viewed as in their immediate self-interest,” Biden said.

Biden and Michael Carpenter, senior director of the Penn Biden Center for Diplomacy and Global Engagement, spoke at a Council on Foreign Relations forum in Washington, D.C.

Carpenter said Russia has found an insidious way to try to weaken and subvert western democracies from the inside.

“And so what Russia has essentially done is it’s taken the fight from what was originally just contained to the post-Soviet space and taken that fight now to Europe, to the United States, by subverting our institutions internally, by using sometimes hard power, but more often corruption, energy, information, and cyber to be able to undermine these democratic institutions, as I said, internally.”

Russia has denied that its government interfered in the U.S. and other elections, and has accused the U.S. of trying to influence Russian elections in the past to bring about “regime change.”

Biden said it is hard to imagine, but he said as far as he can tell, there is no system-wide analysis going on right now within the Trump administration to protect the U.S. from a repeat of Russian interference in the elections this coming November.

“According to a recent congressional report, the Trump administration has no plan to contest anticipated Russian interference in US elections later this year. This should be no surprise, since the president regards all talk of Russian interference in 2016 to be a ‘hoax.’ This strikes me as woeful neglect and probable incompetence.”

Biden was also asked if the Obama administration did enough to warn American voters about Russian cyberattacks and disinformation ahead of the 2016 presidential elections. He said it is something that he and former President Barack Obama agonized over, but they were concerned it would appear they were trying to help Democratic candidate Hillary Clinton.

“Could you imagine if the president of the United States called a press conference in October with this fellow [then Republican nominee Donald Trump], and [his advisor Steve] Bannon and company, and said: ‘Tell you what. The Russians are trying to interfere in our elections and we have to do something about it.’ What do you think would have happened?”

Biden said he tried to enlist the help of Republican Senate Majority Leader Mitch McConnell to issue a bipartisan warning about Russian interference, but McConnell refused for political reasons.

Kalb argues that the Obama administration should have done more.

“The Obama administration waited much too long to alert the American people the danger of Russian interference. They offered excuses, but none seemed persuasive.”

Biden and Carpenter called on Washington and its western partners to impose meaningful costs on Russia for its attacks.

Poll: World approval of US leadership sinks to new low 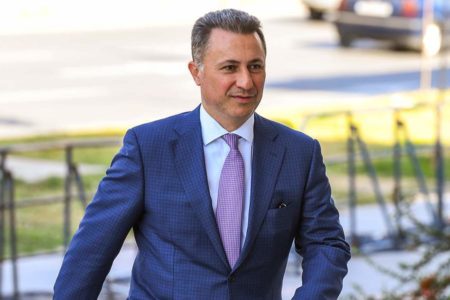