Greece must build bridges and come closer to the Greeks in Africa, Deputy Foreign Minister for Greeks abroad Terence Quick noted on Sunday, after his meeting in Athens with the representative of the Greek community in Harare, Ariadne Psyllou.

“It is necessary to improve [our] bilateral relations with African countries. And this will happen through the upgraded policy for the specific continent already prepared by Foreign Minister Nikos Kotzias,” Quick said. “In Zimbabwe we have another part of the Greek diaspora that feels forgotten, given that it has been decades since any member of the Greek government paid a visit and the last bilateral agreement signed by Greece was that in 1982, 36 years ago…most of which was forgotten,” he added. He noted that the Greek community in Zimbabwe was small, not exceeding 2,500 people, and most were located in Harare, including a few dozen very notable business people and several doctors and lawyers.

Harare was also the seat of the Metropolitan of Zimbabwe and Angola Serapheim and where the Holy Trinity Orthodox Cathedral was located, he added. A ministry announcement noted the importance of Zimbabwe as a country that Greek businesses may want to operate in, given its rich resources in precious metals and other rare minerals.

Quick returned the greetings sent by the heads of the Greek community organisations in Zimbabwe and accepted their invitation to visit the country, noting that his predecessor had overlooked the Greeks living in Africa for decades “utterly forgotten by the governments in Athens.”

Zaev: Three out of the seven issues of the negotiations between Greece and FYROM have been settled 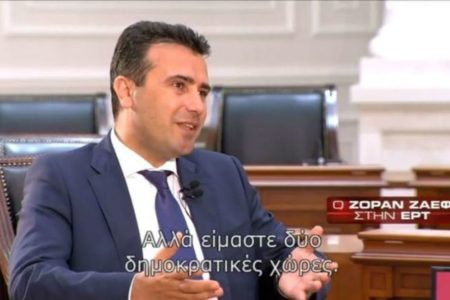 Zoran Zaev: “We believe in friendship with Greece” 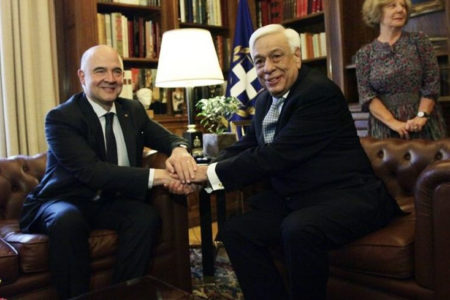 Pavlopoulos-Moscovici: Greece will meet its commitments