Russian President Vladimir Putin was in high spirits as he took the stage this week in Sevastopol, Crimea, addressing an ultra-patriotic concert rally marking the fourth anniversary of the internationally unrecognized referendum intended to legitimize Russia’s annexation of Ukraine’s Black Sea peninsula.

“Four years ago you made a historic decision,” he said, effusively praising the crowd. “Thanks to your decision, Sevastopol and Crimea returned to their common motherland — the home of Mother Russia!”

In visiting Crimea in one of the few high-profile campaign events before Sunday’s Russian presidential election – which Kremlin officials rescheduled to coincide with the annexation anniversary – Putin also reminded the West of the singular transgressions that have defined his presidency.

They include not only the seizure of Crimea, the proxy war in eastern Ukraine and the military backing of Syrian President Bashar al-Assad, but fresh diplomatic controversies: the recent nerve-gas poisoning in Britain of former double-agent Sergei Skripal and his daughter, and the late-February death of a former Georgian peacekeeper at the hands of Russian-backed security officials in the former Soviet republic’s Russian-occupied region of South Ossetia.

The French News Agency reports that an estimated 15,000 people turned out to greet Putin in the historical home of the Russian Black Sea fleet, where crowds cheered as Putin’s helicopter hovered over the stage as Soviet-era war songs blared.

Despite his one minute and 47 second speech touting Moscow’s militarily and politically expensive annexation – which triggered waves of biting sanctions from the West – those paying the price for Russian aggression abroad, says well-known Russian attorney Elena Lukyanova, are often Russian citizens themselves.

“So far, all of Putin’s sins have been presented not to him, but to us Russians – including those of us who do not support him but nonetheless have to pay for these Kremlin games,” said Lukyanova, who once defended former Russian oil tycoon-turned-Kremlin foe Mikhail Khodorkovsky, who spent a decade in prison and now lives in exile.

“An American bank with an office in Europe does not open an account for me now, simply because I am a Russian citizen, because I have a Russian passport,” added Lukyanova, who splits her time between Russia and a second home in Riga, Latvia.

“In Russia, the accession of Crimea has been approved by constitutional law, so of course there are no consequences for that domestically,” she said. “But from the standpoint of international law, the results of votes cast on disputed territory should not only be discounted, but they actually further undermine the legitimacy of Putin’s re-election.”

Although Ukrainian authorities have marshalled broad Western support for Kyiv’s campaign to restore its sovereignty and territorial integrity, President Petro Poroshenko recently called on ambassadors of the G-7 countries specifically to condemn “the electoral farce that Moscow is organizing this week in the occupied territory of Ukrainian Crimea.”

According to Refat Chubarov, chairman of the Mejlis – the Crimean Tatars self-governing body that Russia has outlawed – Russia intelligence operatives are likely attempting to neutralize anti-Russian protests on Crimean soil that could coincide with the vote and compromise the image of an orderly, legitimate electoral process.

While the Crimean Tatars aren’t planning any protests, Chubarov told VOA’s Russian Service, his fellow Ukrainian parliamentarians have been discussing strategies to further isolate Russia from the world.

“We discussed the possibility of complete isolation of the newly re-elected president of Russia,” said Chubarov, a member of Poroshenko’s “Solidarity” bloc. “We’re aiming for complete diplomatic and political isolation by U.N. member-states due to the fact that these elections were illegally conducted on the territory of the Ukrainian state.”

Chubarov, whom Russia barred from the Black Sea peninsula immediately after annexing it in 2014, also said legislators are urging politicians across Europe to reject invitations to attend Russian state functions.

“I understand that it will be very difficult to convince the majority of states to follow these appeals, but there are already a few states that are avoiding trips and invitations,” he said. “I expect a dozen or so countries will decide to do so after these illegal elections in Crimea.”

Putin, who has been in power since 1999 and has already ruled longer than early Soviet-era dictator Josef Stalin, does enjoy support from some Crimean Tatars who advocate integrating with Russia.

“It’s not true that Crimean Tatars are being suppressed in Crimea,” Ganif Serverovich, a 43-year-old Crimean Tatar, told AFP, adding that he had traveled from the mountain town of Bakhchisaray, a Tatar stronghold, to attend Wednesday’s rally.

“They say that in the West because they don’t want us to live in peace,” he said.

This story originated in VOA’s Russian Service. Danila Galperovich reported from Washington, Taras Burnos from Ukraine. Some information for this story came from AFP. 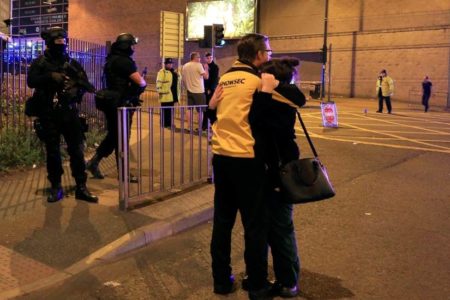