Many European Union countries joined the U.S. Monday in expelling dozens of Russian diplomats in a coordinated retaliation for the March 4 nerve-agent poisoning in Britain of a former Russian spy, which the British government blames on Russia and has accused the Kremlin of having approved.

The coordinated expulsions — unprecedented since the Cold War — drew instant condemnation from the Kremlin, which warned it would respond in kind and order like-for-like expulsions. The first expulsions announced were in Washington, with the Trump administration ordering 60 Russian diplomats to leave, closely followed by Germany, which gave four their marching orders.

In Brussels, European Council president Donald Tusk said a total of 14 members of the EU were participating in the collective reprisal. He said further action could be taken in the coming days.

British Prime Minister Theresa May said: “We welcome today’s actions by our allies, which clearly demonstrate that we all stand shoulder to shoulder in sending the strongest signal to Russia that it cannot continue to flout international law.” She described move as the biggest expulsion of Russian intelligence officers in history.

Tony Brenton, a former British envoy to Moscow, said he thought the expulsions would have shocked Moscow, arguing the Kremlin appeared to have calculated that British would get rhetorical support from allies but not much more.

By the evening in Moscow more than 100 Russian diplomats had received their marching orders.

On Facebook, Russian Foreign Ministry spokeswoman Maria Zakharova launched a rhetorical preemptive strike to the expulsions, disdainfully describing Western states as behaving “like loyal subjects” eager to do the bidding of London.

Kremlin officials said Putin would decide how to respond but that it would be “symmetrical.”

Privately, some Russian officials admitted they were surprised by the scale of the action, complaining the British hadn’t yet proved the Kremlin was involved in the poisoning of Sergei Skripal, a Russian spy who had been recruited by Britain’s MI6, and his daughter.

After the British won unexpected strong diplomatic support last week at a meeting of EU leaders, who agreed with the British position that Russia was “highly likely” to have been behind the nerve-agent poisoning, the odds of collective reprisal increased.

Britain expelled 23 Russian diplomats in the wake of the poisoning, and Russia responded by ejecting the same number of British diplomats.

Eager to shield their relations with Russia, several other countries, including Austria, Greece and Italy, indicated their reluctance to participate in collective retaliation. Splits within the EU’s own bureaucracy was on show last week when EU council president, Donald Tusk, withheld congratulations to Vladimir Putin on his re-election as Russian president, while European Commission president Jean-Claude Juncker sent Putin a note of congratulations.

As the explosions unfolded, Britain’s defense secretary, Gavin Williamson, said Western backing of Britain was “itself a defeat for President Putin.” Speaking while visiting British soldiers stationed in Estonia, he said: “The world’s patience is rather wearing thin with President Putin and his actions, and the fact that right across the NATO alliance, right across the European Union, nations have stood up in support of the United Kingdom. I actually think that is the very best response that we could have.”

The Russian government hit back, saying Britain’s accusations over the nerve-agent attack on the former spy “border on banditry.”

In January 2017, Putin ordered the expulsion of 755 U.S. diplomats after Congress passed legislation increasing sanctions against Russia for its annexation of the Crimea, and for interfering in the U.S. election.

Russia’s embassy in the U.S. capital Sunday tried to stave off U.S. action, urging the White House not to believe what is said was British propaganda about the Skripal poisoning.

Turkey to mediate between US, Russia on Syria tensions 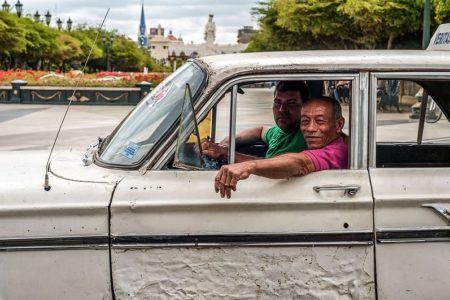 Fish for flour? Barter is new currency in collapsing Venezuela 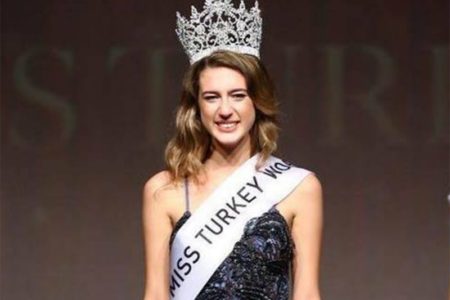