An incident on Monday night involving a Turkish helicopter flying at low altitude with its lights out near the Greek islet of Ro is seen by Athens as yet another demonstration of Ankara’s strategy of continued tension in the Aegean, Ekathimerini writes.

The government sought to downplay the incident, saying there was no violation of Greece’s national airspace. The Defense Ministry, however, appeared to take a different view of the matter as indicated by the decision to fire tracers at the Turkish helicopter before it flew away.

According to the prime minister’s office the incident was not a major one, though it added that a “night flight with the lights out is part of Turkey’s tactic of provocation from a safe distance which, however, carries the risk of an accident.”

The government’s effort to downplay the incident is also seen as another example of its desire to distance itself from the tough language used by Defense Minister Panos Kammenos.

Even though Kammenos and the PM’s office are in agreement over the issue of Turkish aggression, they are at odds over the way to handle the situation.

For its part, Ankara made no official comment on the incident, though reports in Turkish daily Hurriyet cited sources from the office of Prime Minister Binali Yildirim who denied it occurred.

Meanwhile, the fiery rhetoric continued on Tuesday with the leader of Turkey’s nationalist MHP opposition party Devlet Bahceli warning Kammenos against provoking “a repeat of history.”

“He’s forgotten the days when they were chased into the sea… If that’s what they want, a repeat of history would be a piece of cake for us,” Bahceli told party lawmakers. 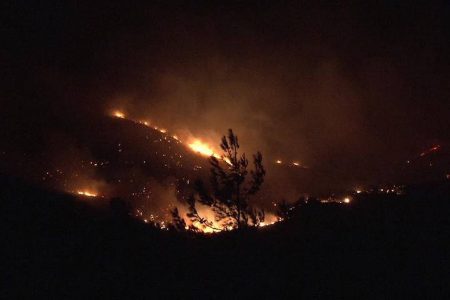 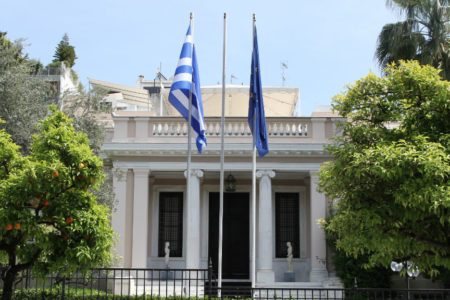 ‘Turkish helicopter did not violate the national airspace’