The Indian cabinet has approved the death penalty for convicted rapists of children under the age of 12 to stem a worrying rise in violent crime against young girls and women.

The emergency executive order was announced on Saturday following a meeting called by Prime Minister Narendra Modi in the wake of nationwide outrage over the brutal gang rape and murder of an eight-year-old girl and other rape cases of minor girls.

It lays out more stringent punishment for rapists, enhancing minimum prison terms from 10 to 20 years for the rape of a girl below 16 and from seven to 10 years for older women.

Suspects can be prosecuted in court using the ordinance after it is signed by the president. But it must be approved by parliament to become law.

The move to introduce the death penalty is seen as an effort to signal the government’s commitment to fight crimes against young girls and even infants as it comes under mounting criticism for not doing enough to tackle what some call India’s epidemic of sexual violence.

The document approving the new measures said that “While expressing deep anguish over such incidents, it has been decided to devise a comprehensive response to deal with the situation.”

The government order also said more fast track courts will be set up for speedy trials and set a two-month time limit on investigations.

Indian cities in the past week saw street protests by agonized citizens after details emerged about the horrific gang rape of an eight-year-old Muslim girl in Kashmir in January, who was kidnapped, drugged, raped for days and then murdered. Anger grew because Hindu activists had demonstrated in support of the eight arrested men who are now being tried in a fast track court.

Another case in which a 16-year-old girl accused a ruling party lawmaker in Uttar Pradesh of allegedly raping her and intimidating her family to block the filing of charges also shocked the country. He has been arrested. A brutal rape and murder of a 11-year-old girl was reported from Gujarat state.

Expressing concern about such incidents on a visit to London recently, Prime Minister Modi said, “Any time a small girl is sexually assaulted, it is painful for all of us.”

Many women activists and lawyers welcomed the measure introducing capital punishment, but said implementation was the key in a country with a slow moving justice system.

“It is the fear of the law which is going to protect the girl child and it is fear of the law which can check the increasing crime,” said Abha Singh, a lawyer and rights activist. “It was the public anger which has led to it.” She, however, pointed to the fact that the conviction rate in rape cases was worryingly low at about 28 percent.

Some said that while stiffer punishments might be a deterrent, they alone cannot solve the problem of sexual violence, pointing out that, despite stricter laws implemented in the wake of the 2012 gang rape of a physiotherapy student, rape cases have been on the rise.

India has the death penalty only for the most serious cases, such as brutal murders or terror attacks. 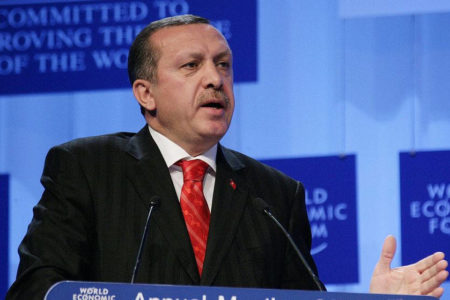 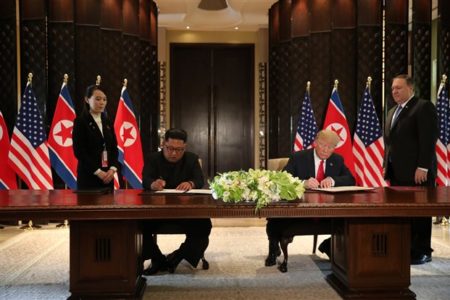 Defector: Trump ‘stabbed the heart’ of North Koreans at summit